20 Nov “Vkontakte” in the framework of the project #VKLive will hold a live broadcast from the mission control Center. 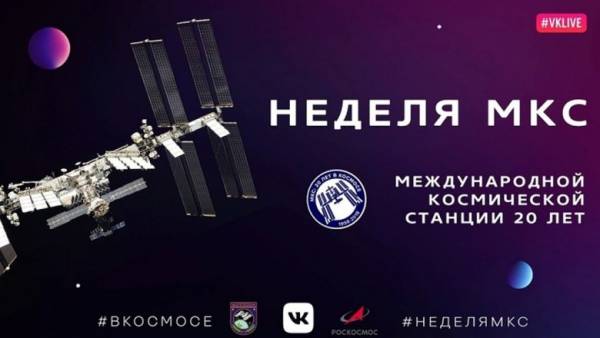 To mark the 20th anniversary of the International space station “Vkontakte” holds “space week” was launched a “space” mask in the stories, every day publishes interesting materials about the ISS and comfortable draws themed prizes and will hold a live broadcast with the astronaut from the mission control Center.

20 Nov Vkontakte project #VKLive will hold a live broadcast from the mission control Center. Stream will start at 17:00 in the official community of Roscosmos.

Communication with users will be cosmonaut Sergei Prokopiev aboard the International space station. Co-host of the broadcast will be cosmonaut Alexander Misurkin, participant of two expeditions to the ISS. Sergey Prokopiev answer questions that may ask any user of “Vkontakte”. To do this, simply post your question on the wall of the profile and add the hashtag #МКС20VK.

Roscosmos “Vkontakte” have created a “space” mask that you can use when writing stories. It looks like a spacesuit “Orlan” — in it the crews of the International space station work in open space.

One of the first mask tried on Alexander Misurkin — record-holder on duration of stay in the open space among the Russian cosmonauts.News

In the community #Kosmose every day publishes unique photos from the station and other rare images, educational materials about each module of the ISS, as well as many other interesting facts: how much is the maintenance work station, whether orbital debris to cause damage, as the ISS is supplied with electricity and what is your daily routine the astronauts.

Users can watch videos prepared by the Roskosmos TV Studio: astronauts talk about the structure and operation of the ISS and from the ISS show you how to manifest the laws of physics in conditions of weightlessness. In addition, every day the group played space gifts: a poster autographed by the astronaut emblem of the crews of ISS, space food, Souvenirs from the Russian space Agency and “Vkontakte” books about space.