Elena Khakhaleva resigned as Chairman of the Board on administrative cases, Krasnodar regional court

As reported by “Kommersant” in the press service of the Krasnodar regional court, Elena Khakhaleva left the post of Chairman of the Board on administrative cases. This decision was taken at the end of the yesterday, November 20, meeting of the Board of this court. 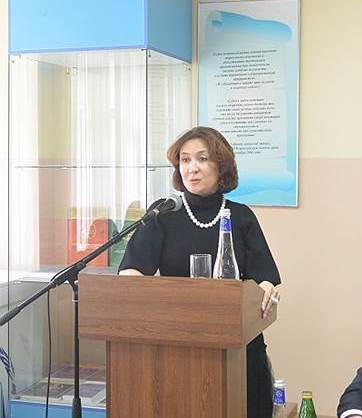 “Yesterday, the Bureau held a meeting, the results of which have been personnel changes. Now the chair of the Board on administrative Affairs is Alexander Pyatigor”, — said “Kommersant” the press officer.

We will remind that on 7 September, the Supreme court decided to strike the lady Hahaleva of the Presidium of the Krasnodar regional court, where Elena Khakhaleva included from July 2015. The reason for the verdict is not clear.

Elena Khakhaleva became widely known after a video was published of the marriage of her daughter, which was estimated at $2 million Later, in an interview to “Kommersant” Mrs. Hahaleva stated that all expenses for the wedding, namely 3,5−4 million rubles, paid the father of Sophia, and some artists, and all made for free. Check the regional court confirmed this data. In addition to the luxury wedding lady Hahaleva got another scandal. In the summer of 2017, the media has reported that the diploma was Elena Kahalewai received at Tbilisi state University, a fake. However, subsequent testing has confirmed the authenticity of her degree.

See also: Georgian College confirmed that the judge Hahaleva disaccustomed there the lawyer