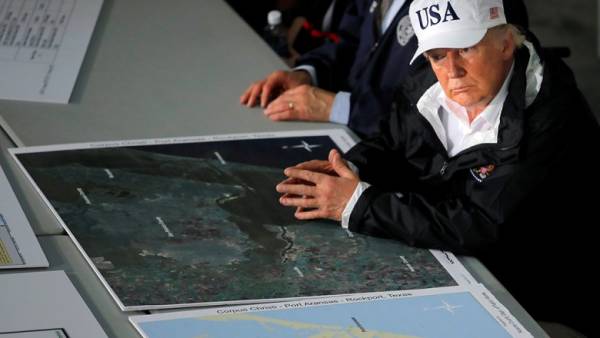 Almost six thousand U.S. troops sent to the border with Mexico two weeks ago, in order not to miss the U.S. a caravan of migrants in the next few days will return home. This was stated in an interview with Politico, Lieutenant General Jeffrey Buchanan. Collapsing loudly declared the operation “a True patriot” approved critics in their opinion that it was just a political stunt ahead of midterm elections.

As reported in an interview with Politico, the commander of the land forces command of the U.S. armed forces in the area of North America, Lieutenant General Jeffrey Buchanan sent two weeks ago to the border with Mexico 5.8 thousand military will gradually return. First, the military will start to leave the border areas where they were deployed in the framework announced by Donald trump of the operation “Real patriot” this week.

Lieutenant General Buchanan, responsible for the transfer of us military to the border and placing them there, he added that this is a temporary operation and all military will be home by Christmas.

“To date we are considering at the moment is December 15. And while nothing suggests that there will be delays,” he said. The current boundaries of military engineering parts are engaged in the erection of barriers and strengthening customs and border control. “As soon as we finish building, we will not need to keep on the border of all these engineers. And I plan to relocate them immediately. I don’t want to keep these guys there only reason they were there,” explained the General.

Commenting on this situation edition, HuffPost, press Secretary of the White house Laura Forces noted that she currently has no information on relocation, but, in her words, the military “made significant progress in addressing gaps and strengthening checkpoints” at the border.

Meanwhile, a quiet collapsing loudly touted by the President of the US operation “True patriot” has caused a new wave of criticism from American experts and military professionals who called the whole situation with the deployment and return of military political adventurism and a publicity stunt, the purpose of which was to attract votes in the midterm elections. In particular, as noted in an article published by The New York Times, three prominent American expert, “the President is using the U.S. military against a real threat, and like toy soldiers to control the results of the midterm elections, and this is unprecedented”.

“The deployment of military — trick, and very dangerous,” experts said, which “would be to force the Minister of defence James Mattis to think about retirement, to prevent such blatant politicization of the American army”.