The EU stood up for the Ukrainian court

What threatens Russia the position of Europe on the sea of Azov. 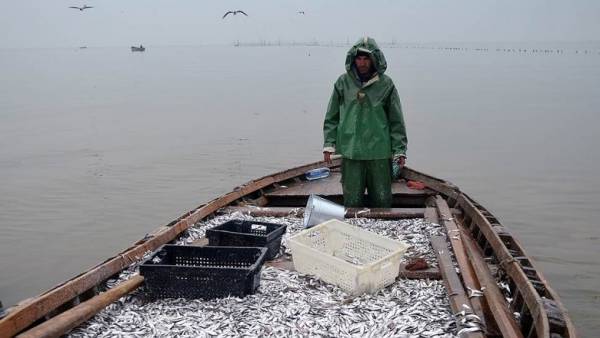 The European Union has threatened Russia with “specific measures” because of the situation in the Azov sea. Brussels believes that the conflict between Moscow and Kiev not only affects the Ukrainian economy, but also on ships under the flags of European countries.

In light of this, the EU calls on Moscow to stop the excessive inspection, said the head of European diplomacy Federica Mogherini: “We make it clear to the Russian side that the expected change in the situation in the Azov sea, and also study possible measures that can be taken. In particular, the Commission engaged them to support the regions of Ukraine affected by the situation. Later it will be made official statement on this issue.”

The status of the Azov sea was settled by a bilateral agreement between Russia and Ukraine. In international law there is a mishap, who can intervene in this situation, except Russia and Ukraine. Here is more blown political scandal than the reality of a dramatic decline in the number of vessels.Vitaly Chemoreduction information-analytical Agency “PortNews”

The situation in the Azov sea escalated in March, when the Ukrainian frontier guards detained the Russian seiner “Nord” with the crew. Moscow called Kiev’s actions Maritime terrorism and enhanced border inspections in their area. In response, Ukraine has accused Russia of carrying hard detentions and inspections of vessels. Kiev promised to provide a naval base in the region and transferred two armored, marine tugs and search-and-rescue vessel.

To reduce the stress in the Azov sea, the EU can not. This requires a common position of all countries-participants of the Union, said the Deputy head of the Institute of CIS countries Vladimir Zharikhin: “recently, I had the impression that there is a France, Germany, Italy, each country has its own policy. Therefore, the real opportunity, in unison, the European Union will introduce powerful warships in the sea of Azov, to bring order there, and there soon will be. For this kind of decisive action the EU has no unified political will. If to speak about sanctions, given the position of Italy and a large part of business circles of Germany, is enough for me it’s hard to imagine them tightening, not removal. I don’t think that moment.”

In late October, Brussels has threatened Russia with new sanctions in case of escalation of the conflict with Ukraine in the Azov sea.