The U.S. decision on withdrawal from the INF Treaty will not remain without response, Putin said

BOCHAROV Ruchei, Nov 19 — RIA Novosti. Vladimir Putin proposed to discuss Russia’s actions in connection with the US intention to withdraw from the Treaty on the elimination of intermediate and shorter-range missiles (INF Treaty). According to the President, the decision of Washington cannot remain and will not remain without response. 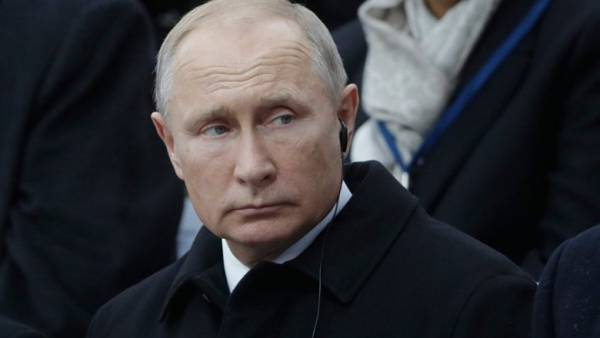 “As I said, we are ready to have dialogue with our American partners on this key issue and I hope that they will treat this with full responsibility,” said Putin during a meeting at UIC.

The Treaty on the

In October, the President of the United States Donald trump announced that Washington will come from the INF Treaty. According to him, America will increase its nuclear capability as long as the others “comes to her senses”, then Washington will be ready to stop this process and proceed to arms reduction. He explained that this message is addressed primarily to China and Russia.

In recent years Moscow and Washington have regularly accused each other of violating the INF Treaty. Russia has repeatedly stated that strictly complies with its obligations under the contract.

Foreign Minister Sergei Lavrov noted that Moscow has very serious questions to the US regarding the performance of the contract by the Americans themselves. In particular, in Moscow indicate that the United States placed on land at a military base in Romania, and in Poland — a facility capable of launching a shock cruise missiles of type “Tomahawk”, which is prohibited by the Treaty.

The Russian side also drew attention to the fact that the United States develop unmanned fighting vehicles, funding research on creation of cruise missiles, land-based.