Putin called the priorities in the development of the Armed forces

BOCHAROV Ruchei, Nov 19 — RIA Novosti. Vladimir Putin has called a priority in the process of development of the Russian Armed forces. 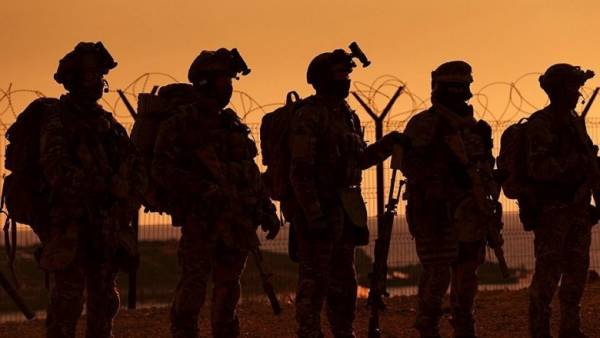 The head of state noted that first of all it is necessary to improve the combat training of troops, including taking into account experience of operations in Syria.

“During the maneuvers, command post exercises, Maritime campaigns need to develop increasingly complex unconventional, non-standard problems, develop the practice of snap inspections of units and formations, at the same time to keep monitoring the mobilization readiness of the Federal and regional Executive authorities and enterprises of the military-industrial complex and other sectors of the economy”, — Putin said at a meeting on military issues.

“This problem we will discuss at a separate meeting, however, asked today Deputy Minister of defence, commanders-in-chief kinds, the commanders of the branches of the military to report on the progress of the transition units on the new models of arms and military equipment”, — he said.

In addition, according to the President, the most serious attention should be paid to educational work with personnel.

To strengthen the army and Navy

Putin added that Russia in the conditions of complicated international situation, should strengthen the army and Navy, without being involved in the arms race.

He also reminded the armed confrontation in the South-East of Ukraine and building the capacity of NATO. While the future of major agreements in the field of arms control was called into question.

As the results of the work of recent years, Russia has learned to deal with these potential threats.