The Council on human rights thinking about Amnesty for the Day of the Constitution. 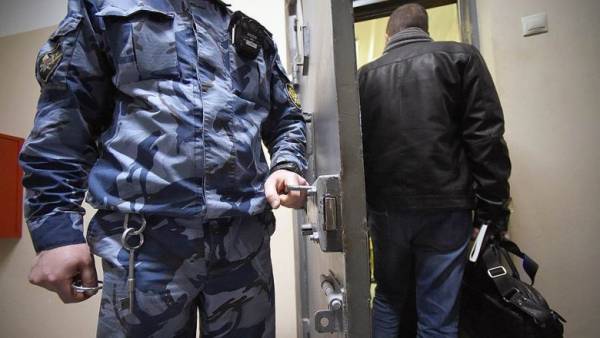 In honor of the 25th anniversary of the Constitution, the presidential Council on human rights and development of civil society (HRC) offer to hold an Amnesty in respect of persons who smooth the damage from their crimes. The proposal was made by a member of the HRC Andrei Babushkin, referring to the fact that the first Duma declared Amnesty in honor of the 20th anniversary of the Basic law. Council members want to discuss the project with President Vladimir Putin at the meeting that is traditionally held at the end of the year. You can get to it may have the new Board.

The head of the HRC Mikhail Fedotov called “a decent reason” for the Amnesty of the 25th anniversary of the Constitution (to be celebrated December 12). “Andrei Babushkin offers not only Amnesty, but Amnesty with a very interesting design — in relation to individuals, smooth the harm caused by their crime,” said Mr. Fedotov at the sidelines of the International cultural forum on November 16. As explained to “Kommersant” Mr. Babushkin, idea aims to “inmates’ interests coincided with the interests of the victims”.

“Formulation of smoothing of guilt is taken from article 76 of the Criminal code (exemption from criminal responsibility in connection with reconciliation with the victim), which States that a person has committed a crime small or average gravity may be released from criminal responsibility at the request of the injured party in the case, considering,” explained Andrei Babushkin. The fact in each case, the court will establish. We will focus not only on economic crimes, but also the moral damage or harm, says Mikhail Fedotov. Company Mail.ru Group previously played with the idea of an Amnesty for all those convicted of likes and reposts in social networks. According to Andrei Babushkin, a proposed Amnesty could affect “tens of thousands of people.” “No need to take it right to the Day of the Constitution, and later on in the week — said “Kommersant” Mr. Babushkin.— If the 10th anniversary and the 20th anniversary of the Constitution was carried out Amnesty, now God himself commanded. We have still a number of prisoners in the country more than in Soviet times gogolivska period.”

Amnesty is a prerogative of the state Duma, but the draft Amnesty to mark the anniversary of Victory (2015) or the Constitution (in 2013), who conducted in recent years, was prepared by the President. “I was always for Amnesty, but the Amnesty, which would have been worked out and calculated with scientific, and from all sides,” — said the head of the Duma Committee on state construction and legislation United Russia party member Pavel Krasheninnikov.

As reported on November 9, the newspaper “Vedomosti”, by the end of the year may be replaced by half of the HRC (currently 50 people). The list is approved by presidential decree of Vladimir Putin to the traditional meeting of the HRC with the head of state. On the eve of the meeting of the Presidium of the HRC traditionally meets with first Deputy head of presidential administration Sergey Kiriyenko. As reported by “Kommersant” Mikhail Fedotov, Andrei Babushkin plans to raise the issue of Amnesty at a meeting with Mr Kiriyenko, “if you will enter in the new composition of the Council.”