Mixed feelings: the Russians feel the hope and confusion

“Levada center” found out what the feelings of the citizens of the country celebrate in their surrounding people. 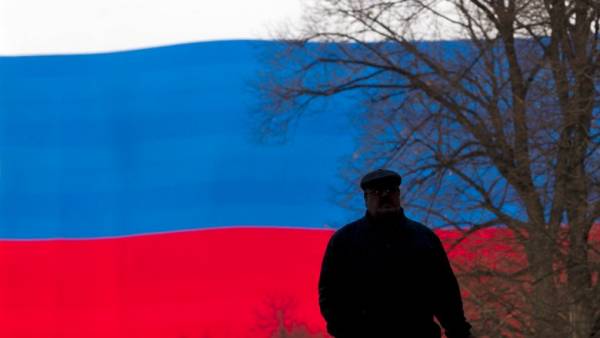 The Russians believe that people around them often feel fatigue and hope, confusion and however, the pride of its people. In public opinion observed, “emotional duality”: for the year the balance of positive and negative responses almost did not change. So in “Levada-the centre” has commented on its findings, the results of which acquainted “Izvestia”. A large number of negative evaluations may talk about the distrust that citizens have for the people around them, experts say.

Sociologists gave each Respondent a card with a list of feelings from which you could choose several answers. Respondents answered what feelings, in their opinion, manifested and strengthened in others in recent years.

The most popular ended up with two very contradictory feelings. So, 34% of respondents say the compatriots of fatigue and indifference. Still the same (34%) believe that the people around them to feel hope. Last year it was also the most popular answers.

Compared with the past, this year respondents were more likely to indicate confusion (20% instead of 17%). However, there are more of those who are proud of their people (19% vs 14%).

The total balance between positive and negative feelings over the past year remained virtually unchanged, as the experts of “Levada-center”. So, the sociologist Karina Pipiya, for commenting on “News” the survey data, pointed to “the emotional ambivalence of public opinion.”

On the one hand, researchers see a growing concern of the population problems related to financial situation, on the other, hope.

It is important to understand the sociologist pointed out that the study participants were intentionally asked others to avoid embarrassment that might arise if people have posted about their feelings.

— This year the proposed options can be expanded according to the Maslow’s hierarchy of needs: basic (fear, fatigue, hardness), and feelings of a higher order (responsibility for what is happening, confidence, self-esteem). First associated with the satisfaction of basic needs (food, safety, stable work), without which man would not think about pride or sense of civic duty, — said the expert.

The inconsistency of public opinion — pollsters well-known phenomenon, the Director of the Center for civil society studies and the nonprofit sector Irina Mersiyanova.