At the summit of the Asia-Pacific economic cooperation (APEC) in Papua New Guinea will be issued a written statement, said at a press conference presiding at a meeting the Prime host of the Peter O’neill. 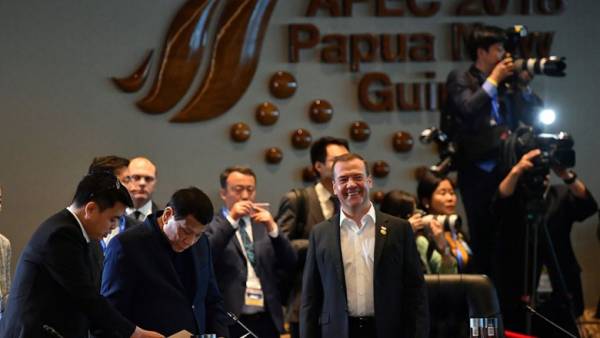 “Later today we will release a statement” — quoted by “RIA Novosti”.

Earlier, AFP and Reuters reported that the final Declaration of the APEC summit in Papua New Guinea was unable to accept because of disagreements of the delegates. A Chinese official told Reuters that she was not accepted because of the trade war between China and the United States.

According to AFP, within a few hours after the last event of the 26th APEC summit “diplomats tried to reach a consensus, to agree on a joint communiqué”, “however, some of them in private conversations it was suggested that ultimately, the joint statement may not be”.

The APEC summit was held in Papua New Guinea, 15-17 November. Russia was represented by Prime Minister Dmitry Medvedev. Every APEC summit since the first in 1993, completed the Declaration, the leaders.