VLADIVOSTOK, November 18 — RIA Novosti. Communist Andrey Ishchenko, who in the September elections of the Governor of Primorye went to the second round, gave the electoral Commission the documents and collected signatures for registration as a candidate in the new elections, said RIA Novosti the representative of the regional electoral Commission. 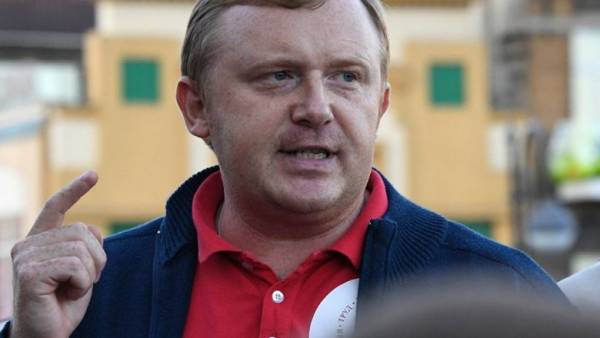 Earlier the documents for registration was filed by the independent candidate, acting Governor of Primorsky Krai Oleg Kozhemyako, Chairman of the Committee on local government, law and order and legality of the Duma of Vladivostok rose Chemerys, nominated by the party “For women of Russia”, Igor Stepanenko from “Patriots of Russia” Alexey Timchenko from the Party of growth, Duma Deputy Andrei Andreychenko of liberal democratic party, the independents Victor Vasiliev and Pavel Mikhalchenkov, the former prefect of the Northern administrative district of Moscow Oleg Mitvol of the Green party.

To participate in the election of party candidates must collect at least 141 signatures of deputies and heads of the 26 cities and districts of the region to overcome the “municipal filter”. Independents to these signatures need to collect a little more than 7 thousand signatures of voters.

The electoral Commission of Primorye, on the recommendation of the CEC invalidated the results of the September elections of the head region. New elections will be held on December 16. The nomination of candidates began on October 26. In early October, the regional Parliament passed a law that allows independents to participate in elections of the Governor.

For the post of the head of region has put forward 22 candidates, including 12 independents. One independent candidate — Vyacheslav Gnezdilov on Monday withdrew his candidacy from the election. The nomination will end on November 18.