Cold poison: a tax on the sausage can raise prices almost 30%

The Ministry of health has supported the idea on the collection of by-products of red meat. 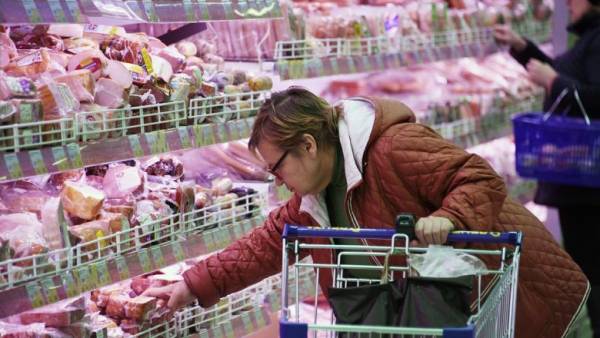 Excise duty on by-products of red meat — sausage, bacon — can be more than 160 rubles per 1 kg. this “news” told in the Expert Council under the government, which had earlier taken the initiative to introduce in Russia the collection of such products. As a result the price of sausage products could grow by almost 30%. According to experts, these products contain carcinogens and increase cancer risk. Received from excise tax funds should be targeted to lower prices on healthy food. The health Ministry has supported the emergence of the excise tax, but said that concrete steps are still being discussed.

The expert Council under the government proposed to introduce a new system of fees and subsidies for food producers. This is stated in his opinion in the program “Strengthening public health”, which is part of the national project “Demography”. October 17, document (“News”) signed by a member of the Board of Darya Halturina was sent to the Ministry of labor.

The authors emphasize that Russia should establish a new excise duty on processed meat products (sausage, sausages, bacon), sending the proceeds to reduce the price of healthy food.

In conversation with “Izvestia” Darya Khalturina referred to the study by researchers from Oxford that estimated the global losses from excess consumption of red and processed meat in 2.4 million deaths a year. For countries with income levels, as in Russia, the experts proposed to introduce excise duty on processed meat products in the amount of $2,41 per 1 kg (about 160 rubles per 1 kg).

1 kg of doctoral sausage today on average costs 600 rubles, and the emergence of a new excise tax, its price will rise to at least 760 roubles (+26%).

In 2015 the Agency for the fight against cancer world health organization has ranked the processed red meat (i.e. sausages, bacon, sausage, ham, beef, lamb and pork) to carcinogens. These products increase the risk of malignant tumors, explained “news” the leading expert of Department of prevention of risk factors of the fgbi “Central scientific-research Institute of organization and Informatization of health” of Ministry of health Tatyana Zubkova. 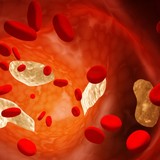 what can cause high cholesterol in the blood?

According to the expert, in addition to the proven links processed meat with cancer, their consumption also increases the risk of coronary heart disease, stroke and diabetes mellitus of the 2nd type.

The results of the research raise questions about whether to regulate the consumption of these products as well as other carcinogens (for example, alcohol and cigarettes. — “News”), said Tatyana Zubkova.

Toll revenues should be spent on subsidies for manufacturers are the most useful foods that believe in Expert advice.

For example, to cancel or reduce VAT on nuts, legumes, fresh vegetables, greens and fruits, whole grains, olive oil and other — today, according to Rosstat, the country has reduced consumption of fruits and vegetables.

In the Ministry “news” reported that the opinion of the Expert Council directed the Ministry of health, which is responsible for the project “Strengthening public health”. In a press-service of the Ministry of health expressed support for the restrictions. These measures are recommended by who as effective in the fight against non-communicable diseases, he reminded the office.

— At the same time, specific measures are under discussion, said the Ministry.

The meat producers have opposed the imposition of excise tax. Fiscal instruments do not contribute to strengthening the nation’s health and increase the duration of its life, told “Izvestia” head of the Executive Committee of National meat Association Sergey Yushin. Moreover, “we need to take into account the fact that not all citizens are ready to go on the salad,” he said. The expert stressed that only excessive consumption of smoked, according to the who, increases the risk of certain cancers by 18%.

As previously wrote “Izvestia”, the Expert Council under the government also proposed to set the excise tax on sweetened carbonated beverages — not less than 20% of their retail price.

In the world yet the scale of the practice of imposing excise tax on deemed harmful products. According to the Central research Institute of organization and Informatization of public health, 2014 in Mexico except duties on sugar and sugar-containing beverages practised excise duty of 8% of the cost for high-calorie foods. It’s chips and snacks, confectionery, chocolate and products based on cocoa, puddings, some types of oils. The money is invested in providing schools with safe drinking water.