Abe reiterated the commitment of the 1956 Declaration in question Smoked

Moscow. 16 Nov. INTERFAX.RU — the Government of Japan regarding the territorial dispute with Russia hold the same position, based on the Soviet-Japanese Declaration of 1956, said at a press conference in Darwin, the Prime Minister of Japan Shinzo Abe. 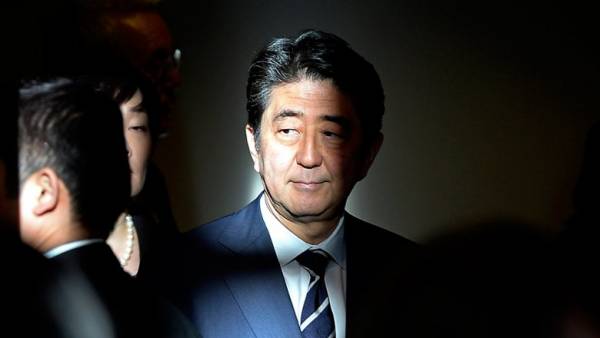 “Between 1956 Declaration and between the political course of our country there are no contradictions”, — quotes the Japanese newspaper “nikkey”.

“We consistently uphold the position: to solve the problem of the Northern territories (so in Japan called the Russian island of Iturup, Kunashir, Shikotan and Habomai — if), and then to conclude a peace Treaty (with Russia — Interfax),” — said the Prime Minister.

Shinzo Abe vowed to conclude a peace Treaty with Russia

Earlier, after meeting with Abe, Russian President Vladimir Putin said that the Japanese side “would be ready to return to the discussion of this problem (of the Islands — if) based on the Declaration of 1956”.

“But it requires, of course, some additional, serious consideration, bearing in mind that the Declaration is not so clear. There’s basically just outlined the problem that the Soviet Union is ready to transfer two Islands, but does not say on what grounds and under whose sovereignty they fall. It is a question of serious consideration. Moreover, once Japan itself from the implementation of these agreements refused,” — said the Russian leader.

In accordance with the Soviet-Japanese Declaration of 1956, which terminated the state of war between the USSR and Japan, Moscow has agreed to transfer to Japan the Shikotan and Habomai ridge, but only after the conclusion of a peace Treaty between the two countries, which is still there.

While Japan claims the four southern Islands of the Kuril ridge — Iturup, Kunashir, Shikotan and Habomai, referring to the Treatise on trade and borders of 1855.