Vucic asked Putin about the support on the Kosovo issue

The President of Serbia Aleksandar Vucic plans to meet with Russian President Vladimir Putin and to ask for support in the Kosovo issue and several other issues. 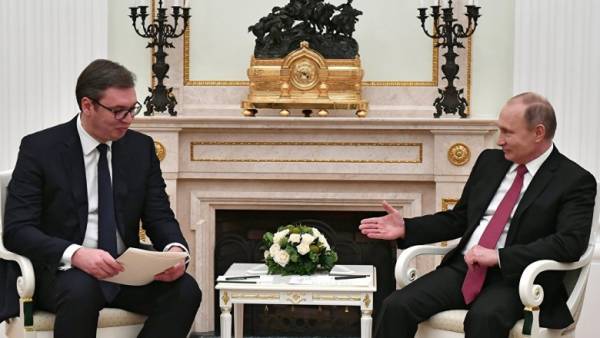 BELGRADE, 29 Sep — RIA Novosti. “I will be meeting with Putin and we’re going to talk about all important issues. Of course, the priority is the situation in Kosovo and Metohija. I wish Serbia was a country of peace and economic prosperity. I will ask the support of President Putin in all international forums,” — said on Saturday, Vucic told reporters.

On the issue of Russian military support for Syria, the Serbian President answered in the negative.

“I would not want on our territory, there were major military conflicts,” — said Vucic.

According to Serbian media, the meeting of two presidents will take place in Moscow on 2 October.

Earlier on Saturday, Vucic told you to lead the country’s armed forces in the highest state of readiness because of the actions of the Kosovo special forces. Also in full combat readiness brought special and special units of the interior Ministry of Serbia.