Moscow. September 29. INTERFAX.RU — the Army of Serbia by order of the President of the country Alexander Vucic given on Saturday in a state of full combat readiness because of the situation on the administrative border of Serbia and the Autonomous province of Kosovo and Metohija, said the Serbian TV channel RTS. 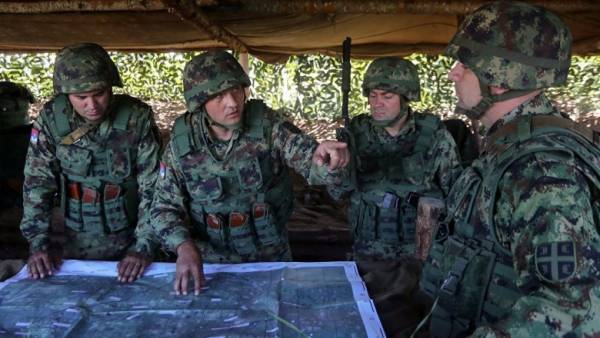 According to him, the situation was complicated after 60 Kosovo special forces entered the territory adjacent to the lake, water Sabaudia HPP “Gazivode” on the administrative border of Serbia and Kosovo. Busy and the Centre for ecology and sports in the village of Zubin Potok. Thus, according to the Serbian Ministry of police, was detained Serbs, “who have not committed any offences.”

In view of the tense situation in a state of high readiness of all units of the police forces of Serbia, said Serbian Minister of police, Nebojsa Stefanovic.

RTS notes that the situation remains difficult, but no more incidents have yet to be recorded. It is expected that soon the government of Serbia assessment of the situation will give the Director of the Office for Kosovo and Metohija Marko Djuric.