NEW YORK, 27 Jun — RIA Novosti. The US President Donald trump said that those present in the hall during his speech at the opening of the 73rd session of the UN General Assembly wasn’t laughing at him. 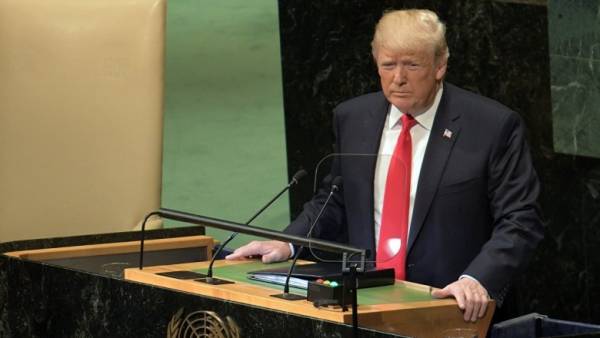 “They laughed not over me. They laughed with me. We were having fun. It was the laughter is not me,” said the head of the White house, explaining why it believes.

On Tuesday the us leader began his speech at the 73rd session of the UN General Assembly a story about how things are going in the United States with his arrival to the White house. Traditionally it is said that “less than two years” has achieved more than his predecessors in the same time, then the people in the courtroom laughed.

“I did not expect such a reaction, but it’s okay,” a little embarrassed trump continuing to talk about the growth of the economy, reducing unemployment and other successes.