Anticyclonic support the automakers will last only a year. 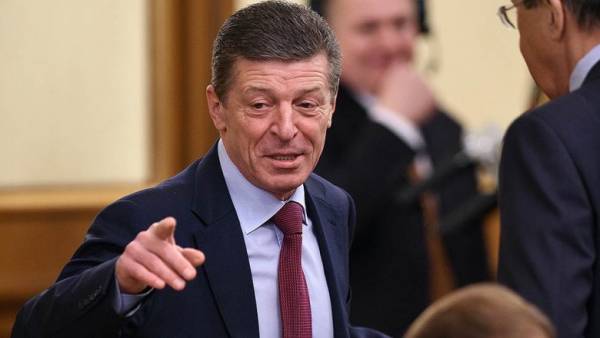 As found “Kommersant”, Deputy Prime Minister Dmitry Kozak instructed to revise a radical approach Ministry of industry and trade on issuance of “Russian machines” and the GAZ group of Oleg Deripaska indefinite preferences in public procurement. Now it is about securing support for 2019, as well as the clarification of the terms involving the absolute priority of the structures of Mr. Deripaska. Might be mitigated and ideas of industry and trade in the sudden changing of the rules for industry to support other asset of the businessman, OK “RUSAL” — this issue will be discussed at the meeting of Vice Prime Minister with the automakers 29 September.

According to “Kommersant”, the idea of the Ministry to give the benefits of the participation in regional and municipal government purchases the holding company Russian machines and GAZ group, Oleg Deripaska will be modified. The draft government resolution, prepared at the request of Deputy Prime Minister Dmitry Kozak and published in regulation.gov.ru suggested that the application of the sanctions companies will automatically lead to the rejection of the other participants of the state order production of agricultural machinery, road-building and special machinery and buses. Among those who receive preferences — the structure of Russian machines and GAZ group, in particular, the “RM-Terex” (CP “Russian machines” Oleg Deripaska with American Terex), GAS market leaders of buses PAZ and LiAZ, KAVZ, Ural automobile plant (see “Kommersant” on September 21).

But the Commission of Mr. Kozak did not include the prohibition against the purchase of such products from different suppliers, assured the interlocutors of “Kommersant”, so he told me to finish the project with priority under equal conditions procurement in 2019 techs from subsidiaries of the GAS constituent entities of the Russian Federation and municipalities. Source “Kommersant” in the government indicates that this is a one-time solution, unlike the proposed by the Ministry of industry and trade and key products — buses. According to “Kommersant”, the period of execution of the order expires on 27 September. The fact of the order, and the need of “serious revision” of the document confirmed “Kommersant”, the representative of Mr. Kozak Ilya juice.