Kosachev urged the UN Council to change its attitude to Crimea

MOSCOW, September 26 — RIA Novosti. The Secretariat and the UN Council on human rights diskreditiert itself, barring Russian human rights activists mention the Crimea, the Council is obliged to listen to messages on the facts of discrimination of Crimeans from Ukraine, told RIA Novosti on Wednesday the head of the international Federation Council Committee Konstantin Kosachev. 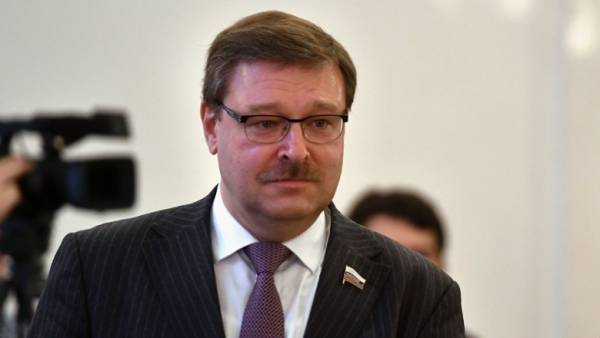 Earlier, the head of the working group on international legal issues at the permanent mission of the Republic of Crimea under the RF President Alexander Moloch told RIA Novosti that the representatives of the Secretariat of the 39th session of the UN human rights tried to prevent the mention in the reports of Russian human rights activists, the words “Crimea”. According to him, human rights defenders, the report proposed to speak of “the Autonomous Republic of Crimea, Ukraine”.

“Thus the representatives of the Secretariat, began to play politics, in fact, tried to create additional obstacles in the efforts to protect the rights of residents of Crimea, who needs the UN Council on human rights to unite, not divide,” said Kosachev.

And such actions no doubt were beyond the Secretariat’s purview and discrediting the Council, said the Senator.

“But the main thing — the report was made public, and the facts consistent attempts to block the Crimea and its population from Ukraine have become known to the Council and should not be ignored,” concluded the MP.