What are your harassment

At least 20% workers at least once faced harassment. 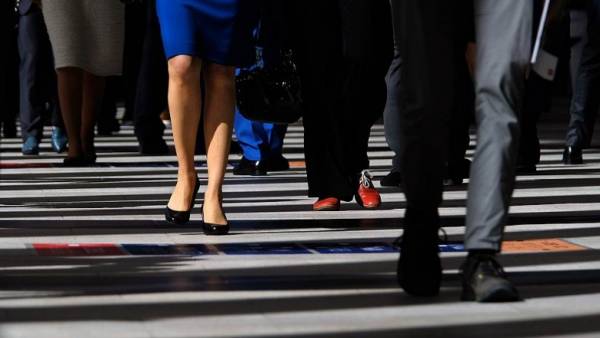 Trade unions, labour rights Centre and scientists of HSE in the course of the joint study came to the conclusion that the legislative base in Russia “does not correspond to reality” and “does not protect victims of sexual harassment in the workplace”. According to the trade unions and data scientists, the existence of gender-based violence at work show up to 30% of the population. Experts believe these figures are understated due to the inability of employees to complain to the employer.

Executive Secretary for gender equality Confederation of labour of Russia (KTR) Irina Gorshkova said that according to the Confederation in 2018, from 20% to 30% of the citizens indicate the presence of the problem of harassment in the workplace. Thus, according to her, the exact representative case studies in recent years almost none. The international trade Union Confederation (ITUC/ITUC), which includes both the national trade Union centre of Russia — the Federation of independent trade unions of Russia (FNPR) and CTE, currently identifies six main forms of gender-based violence in the workplace: verbal insults, humiliation, harassment (bullying), intimidation, harassment (stalking) and online attacks. According to the CTE, violence can come from colleagues, employers, managers and customers, and the highest risks are in informal employment, casual work, low wages, lack of unions and low accountability of managers, however, due to the lack of proper legislative framework and educational work with the population, none of them is accurate research.

This is confirmed by the analyst design and learning laboratory anti-corruption policy, HSE Dmitry Tolkachev. According to him, at the moment of the study may not be accurate: “too large a proportion of those who are not willing to say that they were subjected to harassment”. According to Mr. Tolkachev, in Russia practically does not work to protect the applicants.

How can I report an employer if the complaint gets to his Desk? Of course, it’s easier to shut up and solve it in another way, for example, to resign.Dmitri Tolkachev project analyst-learning laboratory anti-corruption policy, HSE

However, according to surveys of CTE in 2011, 59% of citizens who “had experienced manifestations of harassment at work”, only 21% retired.

The employee of the Moscow center for gender studies Zoe Khotkina also believes that “the Russian authorities are extremely reluctant to take cases involving sexual harassment”. According to her, “because in the Russian legislation sexual harassment is not shown as a separate crime or an administrative offense, and is a complex concept that nobody has managed to win a court case about compulsion to actions of sexual nature (article 133 of the criminal code.— “B”), although such attempts were made repeatedly”.

According to the design and learning laboratory anti-corruption policy, HSE for 2018, based on a survey of 241 students from 12 Russian universities, 4% of students faced with sextortion — corruption cases “involving sexual exploitation”. Like harassment, “sexual extortion,” according to Mr. Tolkachev, refers to the “sexual and gender-based violence.”

According to experts of the laboratory of contemporary Russian legislation is little adapted to solve the problem — according to the lab report about “sexual extortion” as a form of corruption, the law should specify the definition of “harassment” and “abuse” (abuse). The latter, according to the researchers, at the moment, is treated by the law “only as a desecration of the Russian coat of arms/anthem (article 329 of the criminal code) or of dead bodies (article 244 of the criminal code)”, but in practice often used “loosely, for example, as a synonym of the word “rape””.

In addition, the researchers, according to the report, I consider it necessary “to punish the employer for what he has not responded in the legal form of subordinate complaints on illegal actions of sexual character”.

In Russia, the topic of harassment has been discussed in society and media in March, when the head of the Duma Committee on international Affairs Leonid Slutsky was accused of assaulting three journalists. However, the Duma ethics Commission has not found any “behavioral disorders” from Mr Slutsky. A transcript of an audio recording on which the MP offered one of the girls to become his mistress, members of the Commission into account was not accepted, explaining that “have no way to evaluate it”. This decision caused the discontent of some of the media reported the opinion of working in the Duma journalists. Amid the scandal, Deputy head of the Duma Committee on family Affairs Oksana Pushkina announced the intention to amend the speaker Vyacheslav Volodin, a bill on gender equality. The MP said that the Criminal code article 133 “Coercion to sexual actions”, but according to her, the norm does not actually work. “Most women in cases of sexual harassment are silent and in the best case — fired from work,” said Ms. Pushkin.