Foreign Minister of Ukraine Pavlo Klimkin told, which, according to Kiev and Western partners should be the peacekeeping mission in the Donbass. The details he shared on Radio NV, UNIAN reports. 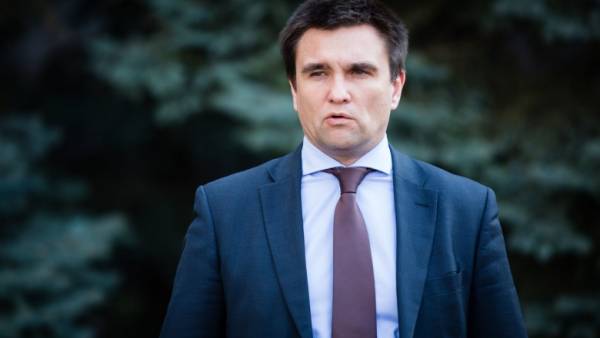 Klimkin said that the plan envisages the presence in the Donbass military, police and international administration, and the last two points he called “megabestiality”.

According to him, draft resolution on peacekeepers in the Donbass must be shared from Ukraine and her Western partners, noting that such a draft was prepared “very long time”.

The Ukrainian Minister added that the peacekeeping operation must be consistent.

“But by definition, it can’t be peacekeepers, which protect only the mission, SMM. I can’t be the peacekeepers, who are sitting along the line of contact… Should be, although consistent, but the process of entering all of the occupied territory”, — said Klimkin.

Earlier in Ukraine called futile the idea of the introduction of peacekeepers in Donbass.