Trump: the US has no plans to impose sanctions for participating in the “Nord stream-2”

Plans to impose sanctions against companies that were involved in the project “Northern stream-2”, the US does not. This was stated by the President of the country Donald trump at a press conference at the White house following the meeting with the Polish President Andrzej Duda, Polskie Radio reports. 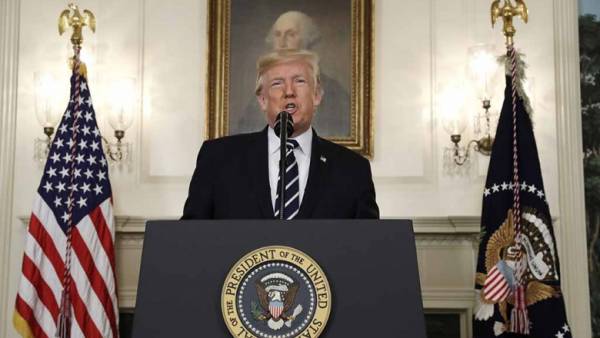 “We are not going to do it,” — he said, answering the question about the possibility of sanctions.

The President of the United States criticized Germany, whose companies are involved in the construction of the pipeline. “We think that for residents of Germany the bad thing is that this country is paying billions and billions of dollars a year for energy from Russia,” added trump (quoted by Reuters).

In a joint statement released after the meeting, trump and Duda stated that it will continue to work to try to “resist such energy projects as the “Nord stream-2″, which threaten our mutual security.”