Elections in Primorye were left without results

The next one will be in three months, the list of participants is unknown. 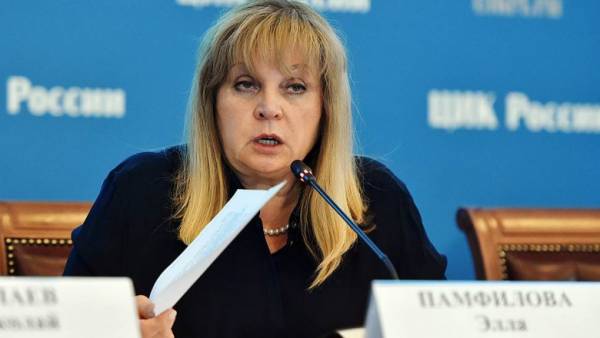 Elections in Primorye took place, but to recognize their results is not possible. Such recommendation of the election Commission of the Primorsky territory gave the Central election Commission (CEC). Immediately after that, the acting head of the region and the candidate from “United Russia” Andrei Tarasenko first said that in the case of appointment of new elections they will not participate, however, he soon opinion changed. Communist Andrey Ishchenko ready for new elections. According to “Kommersant”, the Communist party leader Gennady Zyuganov had the opportunity to personally discuss the situation with representatives of the presidential administration.

According to the Chairman of the CEC of Ella Pamfilova, the result of the vote of the citizens in the Primorsky region to determine not possible, as the final difference between the candidates Andrey Tarasenko, and Andrey Ishchenko was minimal (RUB 253.2 thousand and 245,5 thousand votes, respectively), and 13 wick, which had been canceled the results, vote more than 24 thousand people.

Madam Pamfilova has called seaside election Commission the results of the elections to be declared invalid, and the results of the checks to send in Federal law enforcement. According to her, “by the CEC on 17 September was ready to cancel the results of elections in Primorye on the facts that came to us. But we had justification, it was necessary to raise the argument that it was possible.”

Than the well-known Andrey Tarasenko

The head of the CEC stressed that, in her opinion, campaign and days of the vote was “uneventful” and praised the Primorsky electoral Commission for organizing the elections. “A few local spots, which dashed transparent honest diligent work of large numbers of people, we are very sad,” said Mrs. Pamfilova. Some members of the CEC with this assessment disagree. “We are talking about a systemic, deliberate violations that led to the result that we are witnessing. Has developed an extraordinary situation, and from this point of view, I have a question, how viable electoral Commission of Primorsky Krai,” said Commission member Boris Ebzeev.

Ella Pamfilova said that in the case of support Primorye electoral Commission recommendations of the CEC the next election by law must be appointed in three months. Member of krajizbirkoma with a deliberative vote from the Communist party Sergei Dikusar said “Kommersant” that today the Commission make the decision will not be a meeting scheduled for tomorrow.