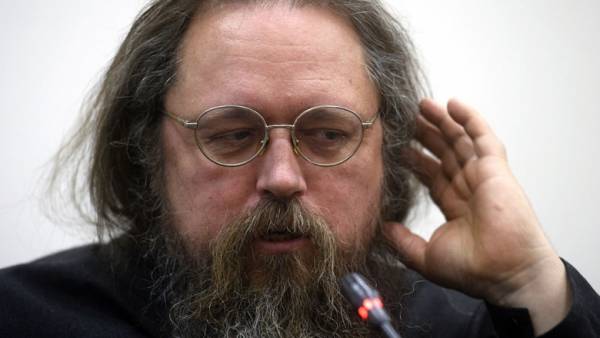 According to Kuraev, the reason for rupture of relations with the Constantinople Patriarchate — the phantom, because the split is due to the simple appointments of ambassadors for the first time. The Evangelist holds the whole “moral and legal responsibility for the split” in the Russian Orthodox Church and believes that now Constantinople can “erase us all from the canonical space”.

Kuraev is convinced that “you could just roar and show teeth. To show the journalists a terrible instrument of rupture with the signatures of Sandalov, but no date or press.” “The appointment of ambassadors was never a reason for war”, — said the theologian.

Kura draws Parallels with the year 1054, when there was a split of Christian Church on Catholic and Orthodox, as Metropolitan Hilarion of Volokolamsk has promised to “completely break off the Eucharistic communion with the Patriarch of Constantinople” if the Ukrainian Orthodox Church will give autocephaly.

“Today’s crossbow Synod makes you mourn is not about Ukraine, but about Russia. This is a shot in the future of our country. The Synod in full strength hastened to take part in the digging of trenches around the perimeter of the country. Took part in fomenting the mobilization of military hysteria,” — said the theologian.