MOSCOW, 14 sen — news. The ROC ceases to participate in the structures under the chairmanship of the Patriarchate of Constantinople. The decision adopted by the Synod of the Russian Orthodox Church. 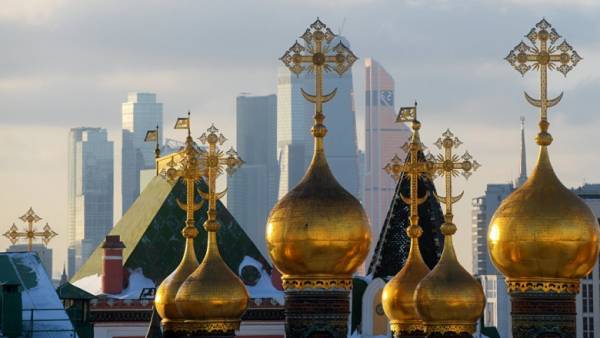 In addition, will be suspended concelebration with the hierarchs of the Patriarchate of Constantinople. Clarifies that this includes “the Episcopal Assembly in the so-called Diaspora and theological dialogues”.

Also decided to cease commemoration of the Patriarch during the Liturgy in the Russian Orthodox Church, said the Chairman of the Department for external Church relations of the Moscow Patriarchate Metropolitan Hilarion of Volokolamsk.

“Eucharistic communion between the churches is not interrupted. This decision is without prejudice to the ability of clergy of the Patriarchate of Constantinople and the Russian Orthodox Church to perform the divine service,” — said RIA Novosti the press Secretary of Patriarch Kirill, the priest of Alexander Volkov.

According to Metropolitan Hilarion, the decision if to take an example from secular life, in fact, equivalent to the severance of diplomatic relations.

He added that further decisions of the ROC will depend on Constantinople. “If they bring their dirty work to the end, we completely tear them Eucharistic communion,” said Metropolitan Hilarion.

In addition, the Synod called on the primates of other local churches to initiate a pan-Orthodox discussion of the situation in Ukraine.