Blown the ice. How to operate missile nuclear submarines in the Arctic

MOSCOW, 14 sen — news, Nikolay Protopopov. Thick pack ice over your head, pitch darkness and absolute isolation from the outside world — exactly 55 years ago, on 14 September 1963, the Soviet nuclear submarine K-178 the beginning of the first ever under-ice TRANS-Arctic transition with ballistic missiles on Board. The sailors of the Northern fleet for two weeks has been four and a half thousand miles and spent dozens of maneuvers, including the surfacing in the polynya. 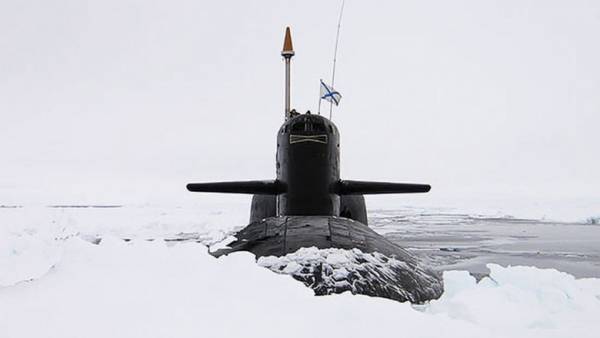 From a military point of view, the Arctic has always been a strategically important region for the United States and the Soviet Union, especially in the midst of the cold war. In 1958 the American nuclear submarine “Nautilus” the first was from Alaska to Greenland, after examining the shortest routes for approach and application of missile and nuclear strikes against the Soviet Union. In 1962 the Soviet submarine made a similar transition. However, in both cases it was a torpedo submarines without ballistic missiles.

Why not built a cargo submarine to the Arctic

In the 1960s, in the village Litany Krasheninnikov Bay (Kamchatka) on the basis of a squadron of diesel submarines was formed by the connection of nuclear submarines of the Northern and Pacific fleets. In 1963, the crew of the submarine K-178 project 658 Northern fleet have set the task: to move from Zapadnaya Litsa in Murmansk region in the far East, to a new location.

The crew under the command of captain first rank Arkady Mikhailovsky command instructed to develop the search in a continuous ice field plots of clean water, suitable for surfacing and firing ballistic missiles. During the transition we studied the bottom topography and assessed the possibility of radio communication and navigation equipment in the high latitudes, was first performed dozens of other operations required in the solution of strategic tasks. The importance of this campaign is the fact that the ship and crew inspected and escorted trekking personally by the chief of the Soviet Navy Admiral Sergei Gorshkov.

The nuclear submarine K-178 project 658 — one of the first Soviet submarines, capable in addition to carry torpedoes or ballistic missiles R-13 surface launch with nuclear warheads. The submarine sank to a depth of three hundred meters under water speeds up to 26 knots, on the surface, seven or eight knots. The number of crew — 104 people, endurance up to 50 days.

To get to wormwood

Boat K-178 went under the pack ice about 150 miles North of Franz-Joseph. The course ran due North to the parallel of 84 degrees North latitude, after crossing which the boat moved East to the Meridian of the island and then turned South. The first ascent had already spent a few hours hike. The clearance in the thickness of the ice was looking for almost to touch — commander looked at the periscope.

of a Nuclear accident in the Barents sea

To get exactly the wormwood, the crew of K-178 actively maneuvered to emerge had almost vertically, with diferenta four or five degrees. When lifting the boat kept in the “no progress”, with almost zero buoyancy, so as not to damage the ice on the railing of the conning tower.

Ice hike is a strong psychological stress for the crew. It happen any emergency situation, the float will not work — on top of the ice thickness of a few tens of meters. For secure bow torpedo tubes loaded with two live torpedoes, in the event that to break at least some sagebrush.