The Supreme court overturned a life sentence for serial killer

NOVOSIBIRSK, 12 Sep — RIA Novosti. The Supreme court overturned the verdict in Novosibirsk regional court to life imprisonment 52-year-old former police officer Eugene Cuplinskas, accused of killing 19 women; the verdict about his guilt remained in force, told RIA Novosti on Wednesday, the Prosecutor of the Department of state prosecutors of the Prosecutor’s office of the Novosibirsk region Anzhelika Egorov. 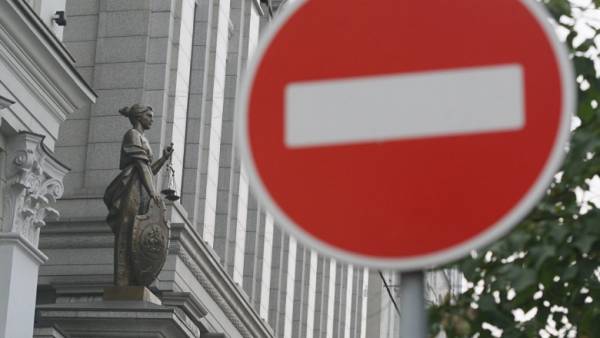 “The conviction was overturned and sent for retrial from the stage of discussion of the consequences of the verdict,” — said the Agency interlocutor.

The Prosecutor said that the guilty verdict, the jury remained in force, and when it will return to Novosibirsk regional court for consideration by another judge, to be examined only materials that characterize the identity Chaplinskaja, the forensic psychological and psychiatric examination, documents relating to the civil claim and other documents necessary for the proper purpose of punishment and kinds of mode.

The verdict, the jury found him guilty on all counts without condescension. It remained in force. The question of proof of guilt, and his involvement in the Commission of these crimes on the stage, which returned the case, we have to discuss will not.Angelica Egroupware Department of state prosecutors of the Prosecutor’s office of the Novosibirsk region

Thus, the court in its new composition will appoint Cuplinskas a new sentence.

Novosibirsk regional court on 6 March 2018 was sentenced to life imprisonment in a colony of special regime of the former militiaman Evgeny Chaplinskaja accused of the murder of 19 women. Disclosing a sentence, the judge said that the forensic examination is generally recognized Chaplinskaja sane, he could realize the danger of their actions. The experts recognized it prone to gemicitabine and nekrosadizm. Czaplinski after the verdict, told reporters that “definitely” will appeal against it.

As previously reported by SK, the jury on February 28 recognized Chaplinskaja guilty to serial killings. According to investigators, in the autumn of 1998 to July 2005 he was on the streets of Novosibirsk got acquainted with the young women (18 to 31 years) who were asked to spend time together and, if approved, on a personal car was taken away to a deserted place, where he was killed. After that, he to hide the crimes and his involvement in it dismembered the victims ‘ bodies and thrown in different places of the city and its surroundings, according to the UK. The disclosure of the crimes took more than ten years.