The CEC called on his colleagues to respond immediately in case of detection of these violations. 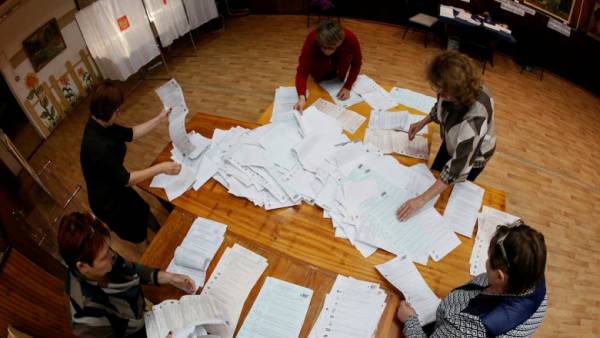 Thus Pamfilova commented on the speech of the head of the Moscow electoral Commission Valentin Gorbunov, who spoke about the attempts to spread fake video of alleged ballot stuffing. “Colleagues, Valentin p. [Gorbunov] warns, look carefully: see if, just sort it out and expose,” said Pamfilova.

In addition, she also encouraged colleagues to respond immediately in case of detection of these violations. While Pamfilova urged observers to take responsibility for the dissemination of information about electoral violations in a single day of voting.

“Before you throw in the information space — with all due respect to the “Voice” — like information, still have responsibility to treat this and also to bear the responsibility,” she said Sunday, commenting on the message that on the polling station No. 737 in Novokuznetsk was allegedly ballot box stuffing.

In the Kemerovo regional election Committee information about stuffing refute, claiming that the audit information on such violations was not confirmed.