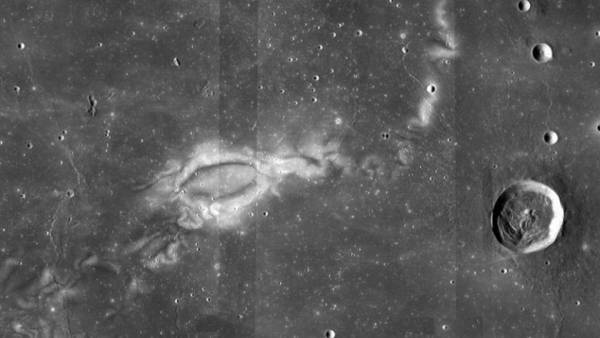 It is known that the location of the lunar vortices coincides with areas of high magnetic field strength. At the same time the Moon does not have a rotating core, which is able to generate a global magnetic field. Although each vortex has associated with it a magnetic anomaly, not in Dating patterns. In addition, the vortices are less pronounced and less complex with the height of the surface on which they are formed. Also they are less susceptible to weathering than the surrounding regolith, with the result that retained their relatively high albedo.

The simulation results showed that turbulence needs to occur in the immediate vicinity of the source of the magnetic field or directly above it.

the Moon really can affect the mood of the mentally ill

The springs, obviously are shallow and represent lava tubes — channels, resulting in uneven cooling of the lava flowing down the slope of the volcano. The top layer of the stream of molten rock cools, forming a crust, and liquid hot part flows out from under her, forming a cavity. On the moon these basalt structure was formed about 3-4 billion years ago.

Moon rocks when heated to 600 degrees Celsius followed by cooling in the presence of a magnetic field and the absence of oxygen become magnetized. This is because high temperature leads to the destruction of minerals and the release of a prisoner in their iron atoms which are oriented along the lines of the external magnetic field. The lunar magnetic field disappeared in about one billion years ago, which allows you to set a minimum age of vortices.