The library of the 42nd US President bill Clinton has published previously classified documents, including the talks of Clinton with Boris Yeltsin to Vladimir Putin. 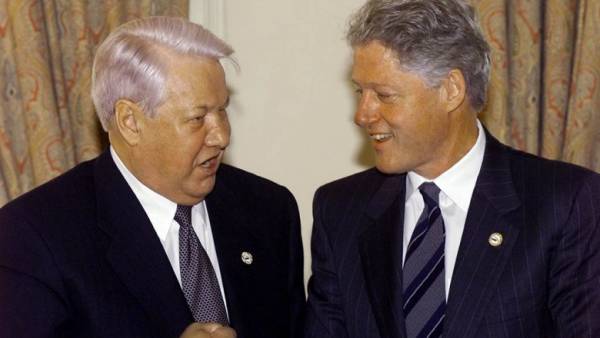 The entire library has published almost 600 pages of the talks Clinton and the first Russian President. Among them are the conversation between Clinton and Yeltsin in September 1999. Then, according to the transcripts, the Russian leader said that he had chosen his successor Vladimir Putin.

Yeltsin calls Putin “a strong, thorough and very communicative”. “I’m sure you will see that he is a highly skilled partner” — said the Russian President.

In the published documents also include a transcript of the conversation between Clinton and Yeltsin in November 1999 in Istanbul. At the end of this conversation, the US President asks Yeltsin, who will win the upcoming presidential election. Yeltsin replied: “of Course Putin. He is the successor of Boris Yeltsin. He is a Democrat and knows the West.”

Yeltsin said that he would do everything for the victory of Putin. “Within the law, of course,” adds Boris Yeltsin. The Russian leader also added that Putin will continue democratic and economic “line Yeltsin.”

Boris Yeltsin was President of Russia in 1991-1999. In December 1999, he prematurely resigned, and appointed interim President of then-Prime Minister Vladimir Putin. Clinton was the 42nd President of the United States and led the country for two terms from 1993 to 2001.