In Ukraine, the rating of the most hated politicians

Acting Minister of health Suprun has headed a rating of the most hated Ukrainian politicians. This is evidenced by the research conducted by the sociological group “Rating” commissioned by the American International Republican Institute (IRI). 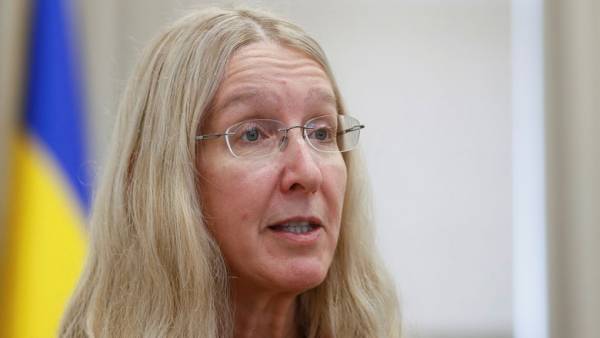 Answering the question of sociologists about the attitude of Ukrainian politicians and government officials, 61 percent of Ukrainians answered that very negative or rather negative attitude to the acting Minister of health Ulyana Suprun.

30 percent said the negative attitude to the head of the National anti-corruption Bureau (NAB) Artem Sytnik, 29 percent to the people’s Deputy Moustapha nayem from the ruling Bloc of Petro Poroshenko (BPP). 27 percent of Ukrainians have a negative attitude to the head of “Naftogaz of Ukraine” A. KOBOLEV, MPs Yegor Sobolev, Oksana Syroid (both “Self-help”) Igor Lutsenko (“Fatherland”).

Separately, sociologists have measured the level of approval of activity of the President of Petro Poroshenko and Prime Minister Vladimir Groisman.

In may Poroshenko broke the record of popularity. Then his activity on the post of the President of Ukraine was not approved by 81 percent of the country’s citizens.