Kemerovo fire have revealed the value attitude to work

The social network got the results of the examination of Sergei Genin. 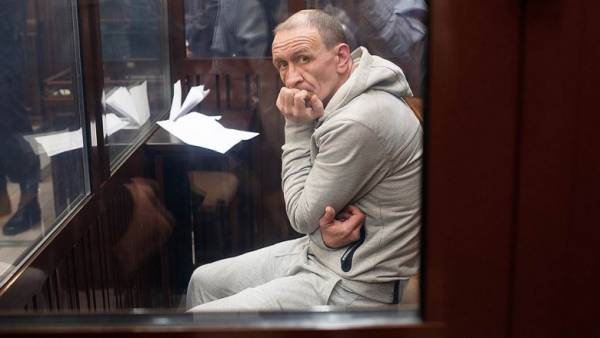 Experts of the Moscow Institute of psychiatry named after the Serbian, who examined the Kemerovo fire, concluded that, despite the fact that after the arrest of Sergei Genin turned to the psychiatrist, signs of mental disorders had not revealed. They noted his “value attitude to work” and the ability to react in extreme situations.

Experts of the Moscow Serbsky Institute who conducted a comprehensive forensic psychological and psychiatric examination of the chief of the guard Kemerovo firefighting and rescue unit № 2 by Sergei Genin, made a conclusion about his sanity. Examination of the data “b” provided the group administrator support firefighters “Firefighters are NOT to blame!” the social network “Vkontakte” Nataliya Lugansk.

Sergei Genin — the defendant in a criminal case about a fire in shopping center “Winter cherry”, he was charged with negligence (part 2 of article 293 of the criminal code). He is the only one who managed to save the fire in the “Winter cherry” person. In April after the arrest of the fire were examined by a psychiatrist in jail, as complained of poor sleep, apathy, anxiety and headache. At the end of may he was sent to Moscow for examination. The experts of the Serbsky center concluded that the firefighter considers himself to be mentally healthy: “the purpose of the examination understand right, the mood is somewhat reduced, but in General adequate”. Sergei Genin warmly about his wife, children, homesick.

“Said that after the army joined the fire Department, “immediately realized that this is my” been there 22 years and never regretted the choice. Says that when he first saw the charred body worried”, — the document says.

However, despite this, then always “focus thoughts on task”, and in the moments to save human lives “felt a sense of pride for the profession”, he has a strong sense of duty and responsibility, “noted a particularly valuable relation to the work.” The materials also stated that Sergei Genin charged with negligence denies, repeating that he had acted under instructions and did everything possible, “the other would could not do, that fire is allowed, we did.”

A fireman can’t get to what is happening, because, in his opinion, “all unjustified, for anything sit, guilt, and the prison is.”

Believes that in the criminal case and the media the facts distorted. “The condition of the subject is characterized by internal disagreement with the judicial situation”, — said in the conclusion.

In the end, the Commission came to the conclusion that Sergei Genin mental disorders are not suffered and is not suffering, in the time of the fire, his actions “were consistent in nature, therefore it could realize the actual nature and social danger of his actions and control them”, — concluded the experts.