Not 64, and 2975: number of the victims of the hurricane in Puerto Rico was underestimated by 50 times. How is this possible?

Authorities in Puerto Rico reported that the number of casualties struck the island in September 2017 hurricane “Maria” is 50 times greater than the digit, which was considered true until now. 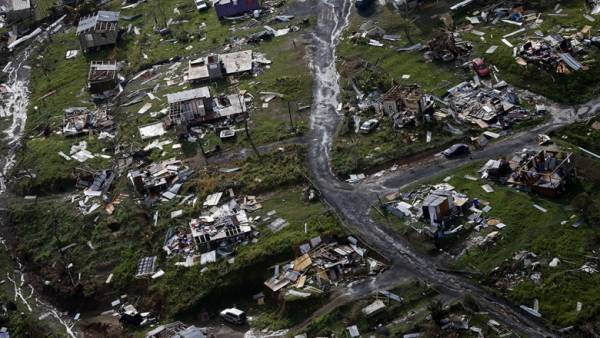 A year in the official data bore 64 of the victims, in fact they 2975 people. Many were killed during the hurricane, but because of the lack of adequate health care, electricity and drinking water. Many also died due to blood poisoning and lack of medicines for people with diabetes.

The new data came through the study conducted by experts from George Washington University.

Trump did not help

The Governor of Puerto Rico Ricardo Rosello said that his government regret to have to agree with the findings of the independent Commission.

The government of Puerto Rico is still not able to fully restore the infrastructure and electricity on the island, and appealed to the U.S. Congress with a request to provide 139 billion dollars in emergency assistance.

Puerto Rico has the status of “unincorporated organized territory”, that is, is under the control of the United States, not being their integral part. Immediately after the disaster financial assistance was provided, but arrived on the island in those days, Donald trump jokingly blamed Puerto Ricans for the fact that their situation is “hit hard by the Federal budget.”

Puerto Ricans want everything done for them, but efforts should be undertaken at the level of local residents.

According to official figures, “Mary” struck Puerto Rico damage by 90 billion dollars, and a small island unable to cope with the rehabilitation of infrastructure.

Not the final figure?

The initial death toll since the start, it seemed implausible to experts.