Nearly half of Americans willing to support impeachment trump

Moscow. 28 Aug. INTERFAX.RU — Slightly less than half of U.S. residents advocate that Congress has started impeachment proceedings of President Donald trump, according to a survey by Axios and Survey Monkey, published in the newspaper the Hill. 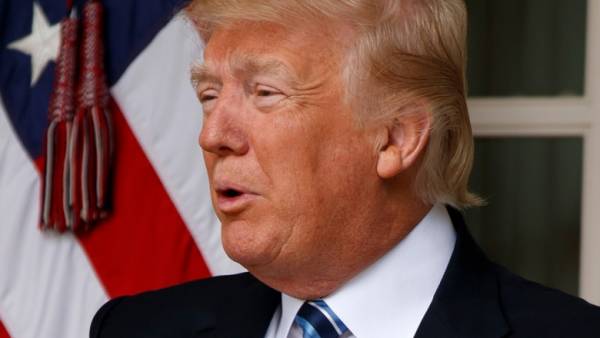 The idea of impeachment is supported by 44% of respondents, the report says.

Among the supporters of the Democratic party for the beginning of procedure of removal of the President of the United States are the 79% of respondents, among Republicans, only 9%. At the same time, 49% of respondents that do not belong to one of the parties also support the idea of impeachment.

The survey was conducted after a former aide to trump, Michael Cohen, pleaded guilty to fraud with Bank accounts, tax evasion and violation of laws on campaign financing. Earlier, Cohen also admitted that he paid two women who had intimate relationships with trump that they did not disclose this information. This, according to counsel, was made at the direction of trump.

The survey data indicate that 64% of respondents believe that Trump was aware of those violations on the part of Cohen and he can be involved.

The survey was conducted online among 4362 adult Americans in the period from 22 to 24 August. Sample error is about 3%.

The trump denies the charges and has previously stated that in case of impeachment the US would face a major economic crisis. He stressed that he does not understand how is it possible to impeach “the man who copes with his work.”