The French Minister resigned in a live broadcast: the government no one listened

The Minister of the environment Nicolas Hulot announced his resignation during an emotional speech to a live radio station France Inter. His decision came as a surprise even for the President of Emmanuel Macron. 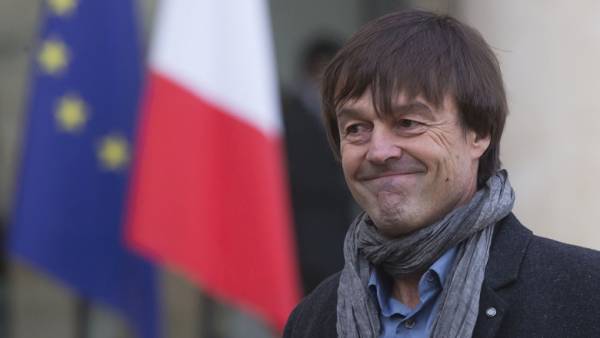 Nicolas Hulot, a former TV presenter and environmental activist, admitted that the decision to leave the post of Minister was preceded by a series of disappointments related to his unsuccessful attempts to achieve progress in addressing a number of environmental problems.

In particular, according to him, he was disappointed that measures to combat climate change the government of France was always just at the end of the list of priorities. According to Hulot, in the government, he felt alone and saw no real support.

Nicolas Hulot stressed that the decision to dismiss was taken suddenly, and even his wife did not know about it.

“I’m going to make… the hardest decision of my life,” the Minister said in a live broadcast. “I decided to leave the government.”

As said Nicolas Hulot, he was not talking about his decision nor the President of the Emmanuel Macron, neither Prime Minister Edouard Philippe, for fear that they might try to convince him and persuade to refuse the resignation.

Nicolas Hulot — one of the most popular Ministers in the government of France, his resignation is a serious blow to the government and the positions of the Macron, whose rating is now at a fairly low level.

Press Secretary of the government of Benjamin Grivot said that it regrets the resignation Hulot:

I don’t understand why he resigns, when thanks to him, we have made significant progress over the year.

Of his decision to resign Hulot announced on the next day after the government announced the easing of restrictions on hunting.

According to Hulot, it is the government’s decision helped him to realize the power of lobbyists.

Hulot has worked at the radio station France Inter, in the air which announced the resignation, in the 1970-ies.