The President of the United States outraged by the theft “large amount of classified information.” 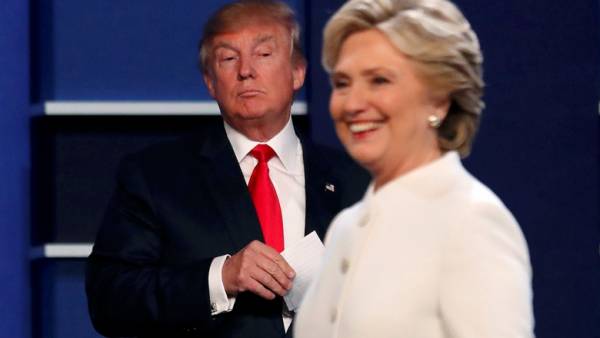 This morning the President of the United States Donald trump wrote two tweets on an unexpected topic. He quoted article publication the Daily Caller that Chinese hackers broke into the email of his rival at the presidential elections, a member of the Democratic party Hillary Clinton. Mr. trump was outraged by the theft of a large amount of classified information, but added that American intelligence agencies in this issue hope it is not necessary — after a series of failures “credibility gone forever.” At the same time for sharp words of Donald trump is seen as foreign and domestic implications.

“Just announced: China has hacked into the personal e-mail, Hillary Clinton, said Donald trump on Twitter.— They believe that it was not Russia? (Just kidding!) What are the chances that the Federal Bureau of investigation (FBI) and the Ministry of justice are right, everything else? Actually a very big deal. A lot of classified information.”

What kind of Chinese company hacked into the personal emails of Hillary Clinton when she was U.S. Secretary of state (2009-2013), on Tuesday announced the American edition of the Daily Caller. The article quoted “two sources familiar with the situation”. They argue that Chinese company operating in Washington, set up a job box of Mrs. Clinton in such a way that copies of all letters sent to them. The incident was allegedly reported to the FBI Peter Lines, who was dismissed on 13 August in a message to his girlfriend and colleague Lisa Paige. In it he promised to stop Donald Trump to win the election, but it is unknown how seriously he was talking about. However, despite the message, the FBI failed to take action.

After a few hours, Mr. trump wrote another message on Twitter in which the fact of email hacking Chinese hackers have not been challenged:

E-mail Hillary Clinton with a large amount of classified information compromised by China. The next step would be to make the FBI and the justice Department, but after their other failures (Komi, McCabe, Stoke, Paige, Op, FISA, the “dirty dossier”, etc.) their credibility will be gone forever.

Recall these “failures of intelligence” Donald trump has been repeatedly reminded in his other tweets.

The representative of Mrs. Clinton, Nick Merrill denies any allegations of tampering with the mail of his boss. “The FBI spent thousands of hours investigating and found no proof of forced entry. It’s a fact,” he told The Daily Caller. In addition, he retweeted the post Donald trump with angry comments about the Tucker Carlson — the founder of The Daily Caller and a supporter of the US President.

It should be noted that such a serious accusation against China, based only on publications in the media, put forward on the background of large-scale economic confrontation between Beijing and Washington. In early August, Donald trump instructed the United States representative for trade negotiations Robert Leitheiser to raise duties on some Chinese goods from 10% to 25%. Beijing has threatened retaliatory measures — duties in the amount of $60 billion on imports from the United States.