The Minister of foreign Affairs of Russia Sergey Lavrov called American democracy “a house of cards.” Such a statement he made in an interview with the Slovak newspaper “Pravda”, published on the website of the Russian foreign Ministry. 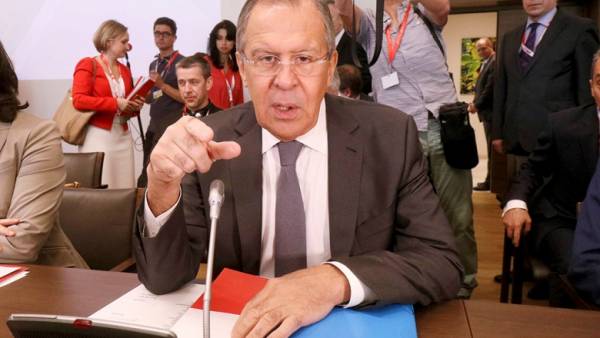 According to the Minister, such an assumption “makes a mockery of the entire political system of the USA, introducing democracy in the form of “house of cards””.

The diplomat compared Prigogine the American financier George Soros, stressing that the American establishment, like the Russian, has no information about their business. “Try asking the Department of state and the answer is: this, they say, his [Soros’] own business, and the American authorities to this have no relationship,” — said Lavrov.

He said that Moscow does not meddle in the Affairs of other States, and added that the Kremlin repeatedly offered the White house to create a bilateral working group on cyber security. But Washington the Russian initiative does not support.

Russia has repeatedly accused of meddling in the U.S. presidential election, Moscow has denied all charges. July 13, us intelligence agencies presented correspondence charges of meddling in elections on 12 Russian military intelligence (Main Directorate of the General staff of the Russian armed forces, more commonly known as GRU). According to US intelligence, the Russian side used two hacker groups — Fancy Bear and Cozy Bear — for hacking the servers of the Democratic party.

Soros is one of the richest people in the world. Forbes estimates his fortune at $ 23 billion. The investor ambiguous world reputation. It is often called the stock exchange speculator and also criticized for attempting to influence the policies of foreign States. In September, a petition on the White house website in order to recognize Soros, a terrorist, has gained more than 100 thousand signatures.