The Russian Navy brought in the Mediterranean sea, the most powerful group of ships since the beginning of the Russian participation in the conflict. 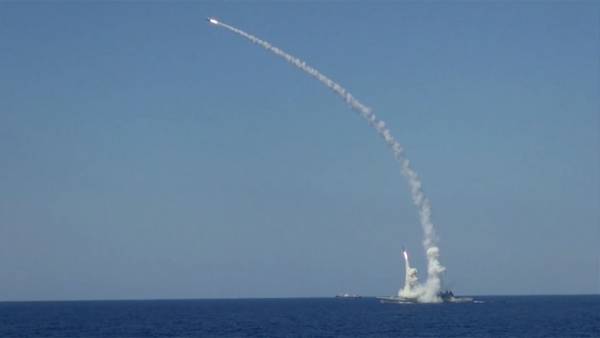 Defense Ministry deploys in the Mediterranean sea the most powerful group of warships during the participation of Russia in the Syrian conflict. It is composed of 10 ships (more are coming), most of which are equipped with cruise missiles “Caliber” and two submarines. According to military experts, the group bred in the sea to support the offensive of the Syrian army in Idlib province — the only region of the country under the control of illegal armed groups. Political analysts say that Russia is the guarantor of stability in the region and gives a chance to re-ignite full-scale war.

As told “Izvestia” in the defense Ministry, currently in the Mediterranean are the ships of Northern, Baltic and black sea fleets and the Caspian flotilla.

According to “Izvestia”, the permanent operative connection of the Russian Navy in the Mediterranean sea consists of 10 ships and two submarines. Presents all fleets, except the Pacific. This is the most powerful group since the beginning of operation.