Moscow. August 24. INTERFAX.RU — the socialist Government in Spain approved on Friday a decree which will give legal justification for the exhumation of the remains of Francisco Franco, who ruled Spain between 1939 and 1975, according to Spanish broadcaster RTVE. 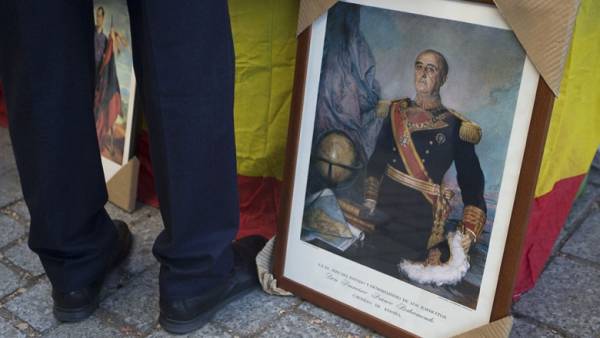 She noted that this decree approves the amendment to the Law on historical memory, passed by the government of the socialists on 26 December 2007.

Of the intention to exhume and transfer the remains of Franco, the Spanish head of government, the socialist Pedro Sanchez announced at the end of June.

“Spain, as a well-established European democracy, can’t afford characters that divide the Spaniards”, — he said live on Spanish television.

The representative of the faction of socialists in the Spanish Senate under Gil, in turn, said that the government intends to end the “democratic anomaly in the form of a mausoleum, dedicated to the dictator.”

Earlier, the Spanish socialists justified the decision on the transfer of the remains of Franco, who is buried in a mausoleum in the valley of the Fallen near Madrid, the fact that he did not die in battle and not become a victim of any reprisals later, but died a natural death at the age of 83 years.

Supporters of Franco criticized the plans of the socialists. “Sanchez is more important to revive the ghosts of the past, rather than trying to draw the eyes of people in the future. He is more interested in the fact that to open the wounds of our worst past than to focus on the best present”, — told reporters the leader of the popular party of Spain of Pablo Casado.

Approved by the government decree must now be submitted to Parliament for approval. It is expected to find support of the majority of MPs, as the plans are shared by the members of the left party “Podemos”, as well as representatives of the Catalan and Basque parties.