Moscow. August 23. INTERFAX.RU Recording was discovered during the internal inspection, according to the Department. 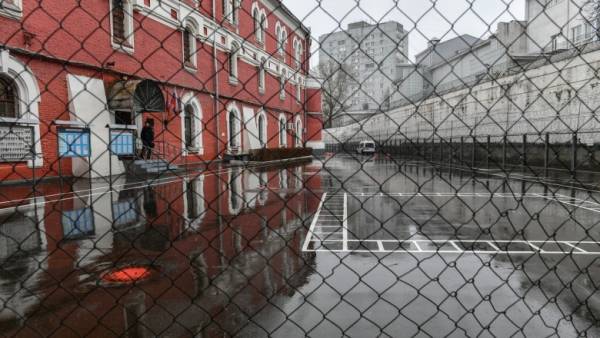 Published in “Novaya Gazeta” record new episodes of torture in the Yaroslavl colonies were previously discovered during internal audits, the materials sent to the investigating authorities, have informed “Interfax” on Thursday the press Bureau of the Federal service of execution of punishments (FSIN).

Material which is published today on the website of “Novaya Gazeta”, was previously identified by the Board of the Federal penitentiary service of Russia in the course of conducting inspections of correctional facilities UFSIN of Russia across Yaroslavl region and 14 August 2018 sent to the investigating authorities for further action.a press-Bureau FSIN

Previously, the Fund “Public verdict” has distributed a new video of beatings of prisoners in the Yaroslavl colony No. 1 (IR-1), received notoriety after material about torture convicted of Evgeny Makarov.

“New video of torture of the Yaroslavl colonies N1. Again about “educational activities” and in the colonies conduct a “medical examination”, — said in a statement Thursday the report of the Fund.

Like the previous one, a new video was published by “Novaya Gazeta”. “Lawyers Fund “Public verdict”, previously produced the record with the torturous actions against a prisoner of IK-1 Evgeny Makarov, gave us video evidence of the crimes of employees of a colony,” — noted in the material edition.

In the video posted on the website of “Novaya Gazeta”, the prison staff, including those who appeared on the first record, and new, lined the walls and beat the passing by prisoners with hands and batons and insult them.

The video ends on how several officers with batons in the hands of the prisoners give birth in a closed room, one of the workers takes a soaked bed sheets.

According to the newspaper, the video is made around December 2016.