The investigative Committee of Russia opened a criminal case against the organizers and participants banned in Russia as extremist organization “Right sector”. As reported on the website of the TFR, they are accused of murder threats by Russian officials. 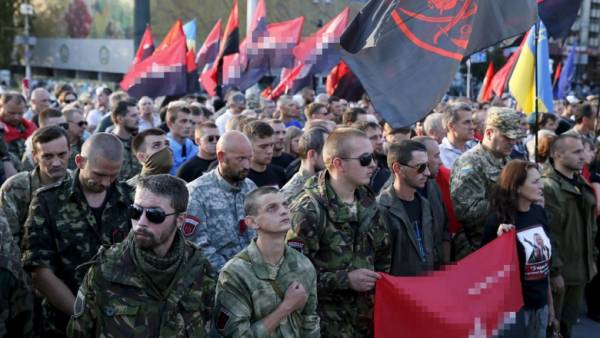 SKR has reminded that on may 15, 2015 a court in Simferopol sentenced the activist of “Euromaidan” Alexander Kostenko to 4 years and 2 months in prison on charges of assaulting an employee of “Berkut”.

In this document, the participants “Right sector” “death sentence” against 50 Russian officials involved in the investigation Kostenko.

Who was included in this list, the TFR did not specify. Thus, according to investigators, the organizers of the movement gave its members orders to kill people in “convenient time and appropriate in specific cases.”