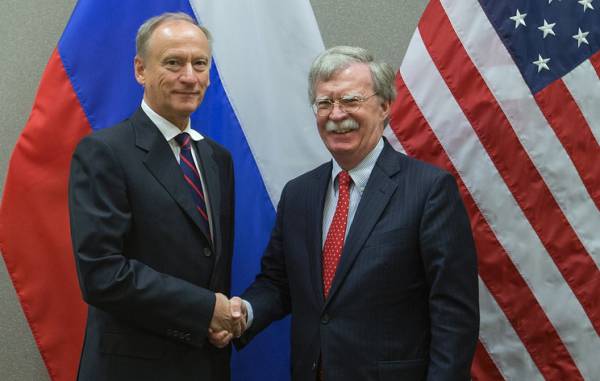 GENEVA, 24 Aug. /TASS/. Russia and the United States restore the contacts through the Ministry of defence, General headquarters and Ministry of foreign Affairs, interrupted 2014. This is the main and very important result of the meeting in Geneva of the Secretary of the Russian security Council Nikolai Patrushev and the assistant to the President for national security John Bolton.

However, serious contradictions between Moscow and Washington remain. Joint statement following the meeting, the make failed because Bolton has decided to insist that it should be reflected American approaches concerning the alleged intervention of Russia in elections in the United States. Failed to come to an understanding on the Iranian nuclear deal and military presence of Iran in Syria. Ukrainian issues were raised, however, a detailed discussion of this issue was postponed.