Moscow. August 24. INTERFAX.RU — the Minibus turned on the road in the Altai Republic, resulting in 14 people were injured, the press center of the main Directorate of the interior Ministry in the region on Friday. 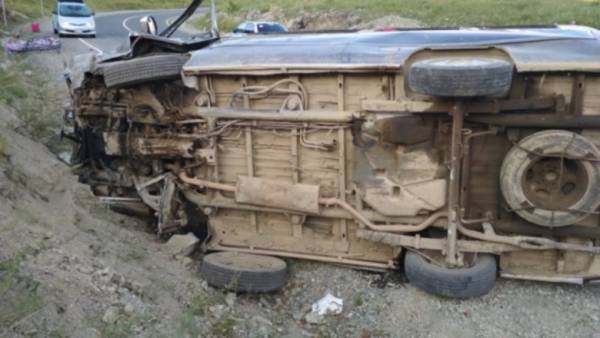 “On 23 August at about 23:13 hours in Ongudai district of the Altai Republic, 659 km of the highway P-256 Chuya, on the descent from the pass “Chike-Taman”, 22-year-old driver, driving a private car ISTANA, lost control and made the exit roadway, with a subsequent rollover. The accident in the hospital were delivered to 14 passengers in the van, 12 people were hospitalized”, — is spoken in the message.

It is emphasized that the driver of the car was sober.

Currently in fact, car accident review. According to preliminary data, the cause of the accident could be a faulty brake system.