As US presidents went through impeachment proceedings

Former counsel to Donald trump Michael Cohen confessed to several charges, including violations during the election campaign of the President. The New York Times hinted at possible impeachment of the 45th President of the United States. As American leaders were faced with impeachment in the material “Kommersant”. 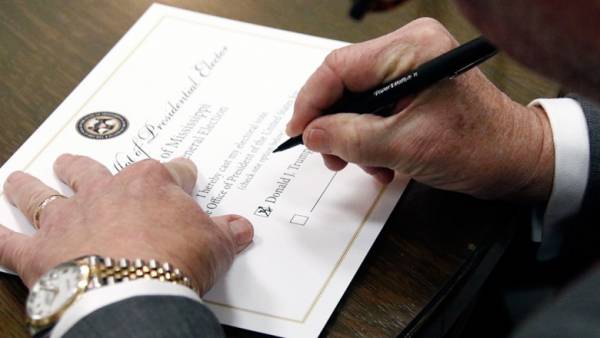 July 10, 1842, Congressman John Botts introduced a resolution of impeachment of the 10th U.S. President John Tyler (took office as Vice President after the death of William Harrison). The occasion was the veto, which is the head of state imposed on the tariff bills of Congress. The resolution was rejected by 127 votes to 83 (offset necessary two-thirds majority).

February 24, 1868 the House of representatives voted for the impeachment of the 17th U.S. President Andrew Johnson (got the chair as Vice-President after the assassination of Abraham Lincoln). The impeachment procedure was initiated after the head of state without the consent of Congress dismissed the Minister of defence Edwin Stanton. In the course of the trial in the Senate lasted from March to may 1868, Andrew Johnson was acquitted with 35 votes for “guilty” and 19 “not guilty”.

December 13, 1932, Congressman Louis McFadden made in the House of representatives a resolution to impeach the 31st U.S. President Herbert Hoover and blamed him for 11 points, including the rising unemployment, taxes and disregard for the rights of veterans. The document was rejected by 361 votes to 8. January 17, 1933 Louis McFadden tried again, but again was not successful (344 vs. 11).

In April 1952 , Republican Paul Schaffer introduced a resolution in relation to the 33rd U.S. President Harry S. Truman. One of the points contained accusations of alleged unlawful firing of US army General Douglas MacArthur, as well as in contempt of Congress and withholding information from him. Resolution remained without motion. In April of the same year in the House of representatives was received two resolutions regarding the nationalization of a number of steel industries, as well as the imposition of production quotas. But they remained motionless.

8 August 1974 resigned as the 37th US President Richard Nixon. In 1972-1974 legal Committee of the house of representatives received 39 resolutions about his impeachment in connection with the Watergate scandal (wiretapping of the headquarters of the Democratic party in Washington during the presidential campaign of 1972). Richard Nixon left office before the proceedings in the Senate and was pardoned by next President Gerald Ford.

19 November 1998, the U.S. Congress began hearings on the impeachment of bill Clinton. In the Wake of the Monica Lewinsky scandal, the 42nd U.S. President was accused of perjury when testifying to the Grand jury (denied an intimate relationship) and obstructing justice. On the first point, bill Clinton was acquitted of 55 out of 100 senators voted, the second — 50.

11 Jun 2008 the House of representatives of the U.S. Congress sent a resolution of impeachment of the President of the 43rd President George W. Bush for consideration in the legal Committee. For the transfer resolution in the legal Committee voted 251 MP, vs — 166, not voting — 16. The resolution was introduced by Democrat Dennis Kucinich, who said that the President lied to the nation, starting the Iraq campaign, and thereby breaking the oath (35 charges). Further consideration of the resolution stopped because of the expiration of presidential powers of George W. Bush.