The Minister of justice of Latvia Dzintars Rasnacs and his Estonian colleague Urmas Reinsalu declared intention to achieve from Russia of compensation for “Soviet occupation”. This is stated in the statement of the Ministry of justice of Estonia. 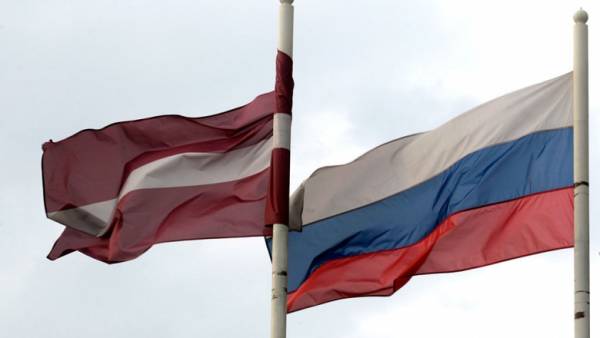 The representatives of the governments of the two countries held a meeting in Riga in honor of the centennial of both States and following the meeting adopted a statement on the value of cooperation in the perpetuation and understanding of historic heritage to ensure the security of Latvia and Estonia.

“In this regard, the Ministers of justice of the two countries in his statement, stressed the importance of preserving the memory of the human losses due to Soviet occupation, and explore the possibilities to put forward the requirement about compensation of the damage to the Russian Federation as the legal successor of the Soviet Union”, — stated in the message the Estonian Ministry of justice.

The Ministers discussed the legal possibilities for further steps on this issue and possible measures at the UN level.

The Baltic countries accuse the USSR in occupation of their territories in the period from 1940 to 1991.

In November 2015, the Ministers of justice of the Baltic States signed a Memorandum on cooperation, which envisages cooperation on demand of the Russian Federation “the damage for the Soviet occupation”.

The Russian leadership has repeatedly pointed out the absurdity of statements about “occupation”, since the Baltic States joined the Soviet Union on a contractual basis.

According to “RIA Novosti”, the Russian foreign Ministry stressed that between the USSR and the Baltic States were not military action.

On 13 July it was reported that residents of Latvia told about the good life under “Soviet occupation”.