In Lithuania gave me a way to “contain” Gazprom

Prime Minister of Lithuania Saulius Squirrels sounded the way that, in his opinion, would “restrain” the Russian company “Gazprom”. 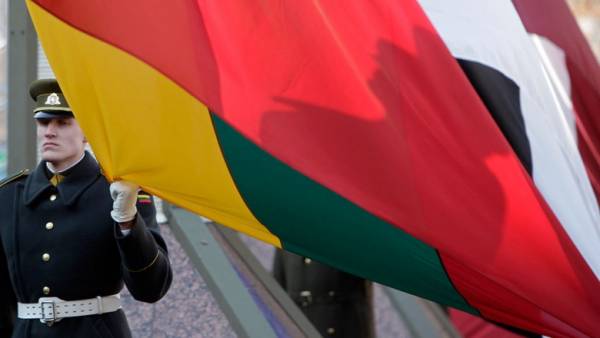 The politician believes that the redemption Vilnius the Norwegian company liquefied natural gas terminal (LNG) will not allow the growth of gas prices.

“Now our only task is to ensure further stable supply of natural gas. Today, the terminal is supplying half of all natural gas consumed in Lithuania. In addition, it is very important to price the monopolist was under pressure because if we give up the terminal, prices of “Gazprom” can grow up to 20%,” — said in an interview to LRT Radijas Squirrels.

According to him, Lithuania could lose up to 160 million euros annually, in the case of growth of prices for natural gas.

At the same time the Lithuanian Prime Minister is confident that the acquisition of the storage of LNG, scheduled for 2024, will save on maintenance of gas infrastructure.

The government Commission on the development of the economic infrastructure of Lithuania has already approved the decision to purchase the Norwegian company Hoegh LNG storage vessel liquefied natural gas Independence.