A former lawyer, trump confessed to the crime on his orders

A former lawyer for the American leader Donald trump Michael Cohen has admitted in court that the President personally instructed him to commit the crime. About that his counsel lanny Davis wrote on his Twitter page. 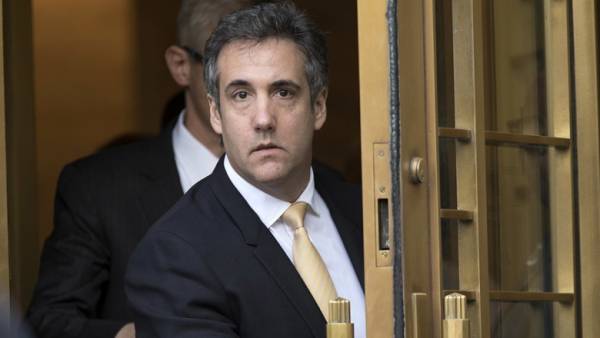 “Today he stood up and under oath said that Donald trump has instructed him to commit the crime, paying two women to influence the election. If those payments were a crime on the part of Michael Cohen, why they will not be crimes for Donald trump?” — the lawyer noted.

After the trial, Cohen was released on bail in 500 thousand dollars. He faces up to five years in prison. Cohen went for a plea bargain, admitting guilt in exchange for possible leniency.