All participants of attacks on police officers in Chechnya were teenagers

GROZNY, August 20. /TASS/. All participants of attacks on police in Chechnya was a minor, said on Monday, TASS, the Minister of the Chechen Republic for national policy, external relations, press and information Dzhambulat Umarov. 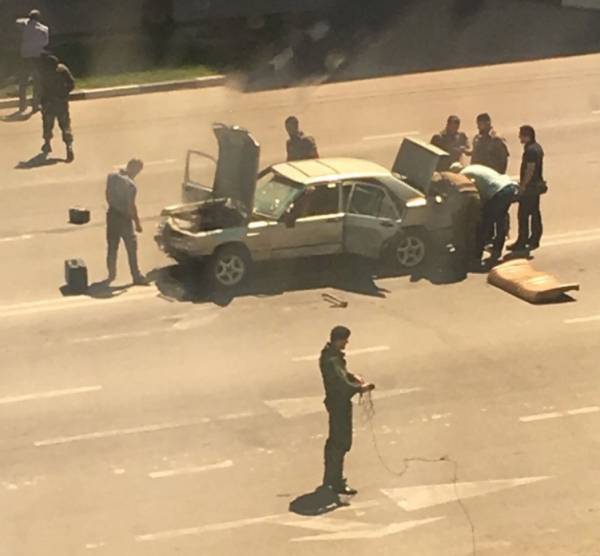 “The oldest of those who beat the traffic police, there were 17 incomplete and the youngest of the criminals, now coming reports, was 11 years old,” — said Umarov.

According to him, ISIL (the former name of banned terrorist organization “Islamic state”) “special programs” to effectively convince teenagers ideas of extremists. “So the age limit is falling — those who are already more or less can think. And therefore, those who are older, we are among the militants find less and less, today it are the guys who are 11-12 years”, — said the Minister.

Umarov also noted that none of the civilians was not injured. “The objective they [the attackers] was to push civilians, but were stopped by the road police. Among the civilian population there is no single victim. Police, of course, injured by these assaults, they are in a serious condition, but stable, their life threatens nothing”, — said the Agency interlocutor.

According to him, the victims will be given all necessary medical care. The Minister also said that none of the police as a result of the incident died.

In turn, the first Deputy mayor — chief of staff of the mayoralty of Grozny Ibragim Bursakov TASS reported that the people in the streets of Grozny during the attack was not enough due to the fact that the region has been declared a weekend on the occasion of Eid al-Adha. “The Lenin district [of Grozny, where was the attack] is not a suburb, but today we have a day off, and people on the streets was not” — said Barsegov. He stressed that “all city services are operating normally, no changes in city life did not happen, everything goes on as usual”.

According to the press Secretary of the head of Republic Alvi Karimov, the militants attacked the policemen in the Shali district, belonged to the same group.

“Reports that it was a series of attacks, not true. It was one group in the town of Shali, the only”, — Karimov said the radio station “Kommersant FM”.

“They wounded two police officers — they were stabbed, their life threatens nothing. Had one attempt of suicide bombing — he was still alive, was taken to hospital. And two others attempted to blow up a car, but they have gas tanks exploded. They drove around town, stopped at the request of the car and was eliminated,” he said. According to him, the situation in the city and in the country absolutely quiet.