We find that burnt down the Church of the Dormition. 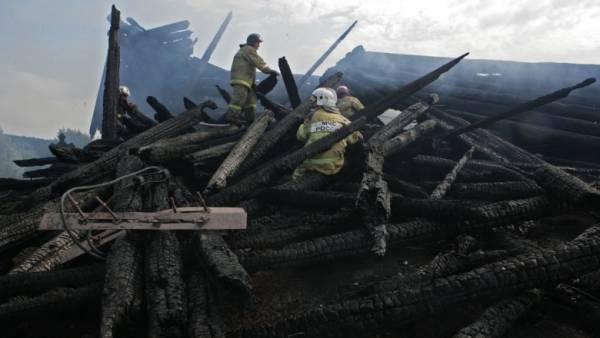 According to investigators, on the morning of 10 August 15-the summer teenager in Kondopoga burned the Church of the assumption of 1774 building. The arsonist placed in a temporary detention centre for juvenile.

Local believe that a teenage Satanist.

With belonging to a satanic sect have yet to understand. But after the case in Karelia, in the suburban village liyalovo, the Church of the Nativity, found the bloodied body of a 43-year-old man. Confessed to the murder of 56-year-old resident of Zelenograd. The killer said that he did it under orders of the Archangel Michael. Drove the car, took the passenger, suspected him as a worshipper of the devil. But in this case he always carries a knife…

This spring, security Council Secretary Nikolai Patrushev warned about the possible revitalization of Satanists and totalitarian sects. The warning started to come true?

And what do we know about the Satanists?

Modern Satanists Russia belong to different social groups. Is and teenagers who are under the influence of hormones and puberty trying to shock others: the black mass, the robes, the blood of animals from the glasses, the “devil” decoration. Not everyone knows what the difference between extreme religious sect from the youth subculture, but in this age it is not their concern.

In the devil worshippers are recorded and well-established, financially successful person. It’s just boring. Know a woman who 99% of the time leads a normal life: faceless days in the Moscow office, at home — dinner from the semis and loneliness. And once a year, in early spring, Walpurgis night goes to the forest to play witches. Like she says — “fly on the broom.” Running around naked, mad, acting up. And then — back to your hateful office.

Finally, the most dangerous category: people, whose mentality in the border state. They hear voices, they are the devils and the saints who give instructions.