Moscow. 19 Aug. INTERFAX.RU — People moved into the territory of neighboring Colombia, but can’t go any further. 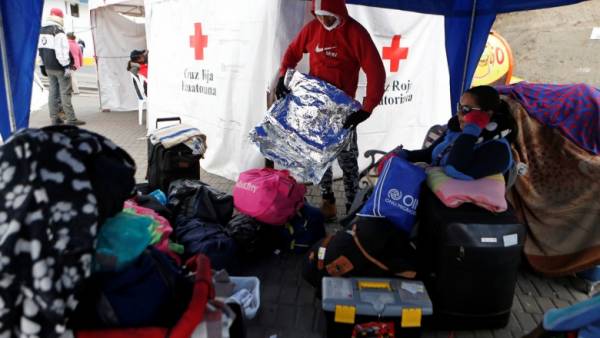 Ecuador has introduced new rules of entry to stop the flow of migrants arriving from Venezuela without a passport, informs “bi-Bi-si”.

Thousands of Venezuelans are leaving the country due to the economic crisis. Venezuela does not have a border with Ecuador and to get to this country, people go through the territory of Colombia. But Ecuador is not their final destination — many are heading further South in Peru and Chile.

Colombia have already expressed their protest in connection with toughening of rules of entrance to Ecuador, as thousands of people remain on its territory.

Over the past 15 months, more than a million people have entered Colombia from Venezuela every day to the border of Ecuador are suitable for 4 thousand people. From Saturday 18 August to cross the border only those who have a passport.

As marks “bi-Bi-si”, many migrants walked or rode on passing cars, a significant number of people when only some ID, but not passport. Almost all on-site only to learn that they can’t get to Ecuador. They say they do not intend to return, as the situation at home is too heavy.

Meanwhile, since August 25, the same rules will start to operate on the border of Peru.

Brazil expresses concern at the situation in Venezuela, the authorities had to close the border. This week, the camp of migrants in Brazil were attacked by local residents. They set fire to the camp on the background of rumors that the owner of a local restaurant was robbed and beaten by Venezuelans.

The economic situation in Venezuela remains dire — the country has the highest inflation in the world, is shortage of food and medicines.