Poroshenko banned the defense recover from debt in favor of Russia

KYIV, 18 Jul — RIA Novosti. President of Ukraine Petro Poroshenko has signed the law according to which Russia and its companies will not be able to collect debts from the strategic defense enterprises of Ukraine. About it reports a press-service of the President. 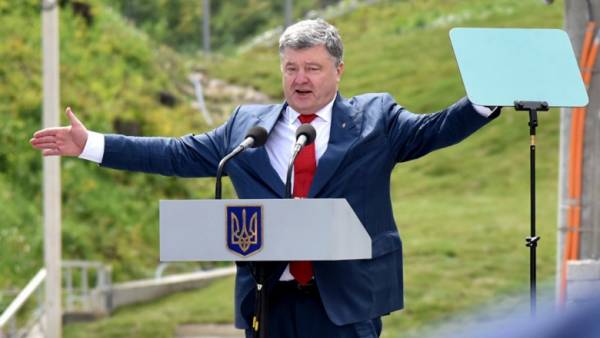 In particular, the law introduces a ban on the execution of decisions, including foreign vessels, for the recovery of debt obligations, where creditor are the Russian companies, their domestic and foreign subsidiaries, as debtor — enterprises of the Ukrainian MIC, included in the list of strategic objects.

The law will enter into force on the day following its official publication.

Ukraine in 2014 broke the agreement on military-technical cooperation with Russia, banning the export of military goods and dual-use. Thus, Ukrainian enterprises are unable to meet their obligations to Russian customers, and they began to appeal to the courts. By estimations of authors of the law, the debt of Ukrainian enterprises to Russia amounts to approximately $ 145 million.