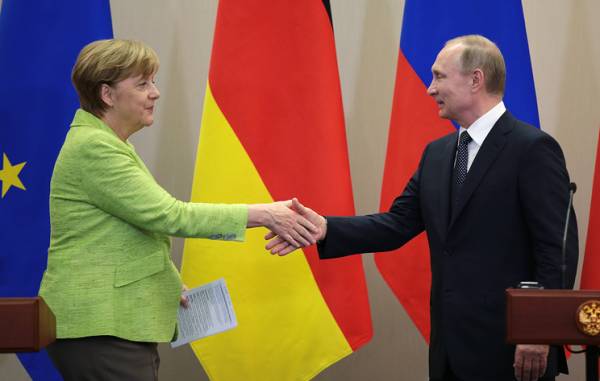 MOSCOW, August 17. /TASS/. Russian President Vladimir Putin will discuss with German Chancellor Angela Merkel at a meeting in Germany on August 18 the implementation of joint projects with regard to threats from third countries. This was stated to journalists the press-Secretary of Russian leader Dmitry Peskov.